UPDATE: Olivia Rogowska's French Open campaign is over after the Australian qualifier suffered a sapping first-round loss to Magdalena Rybarikova. 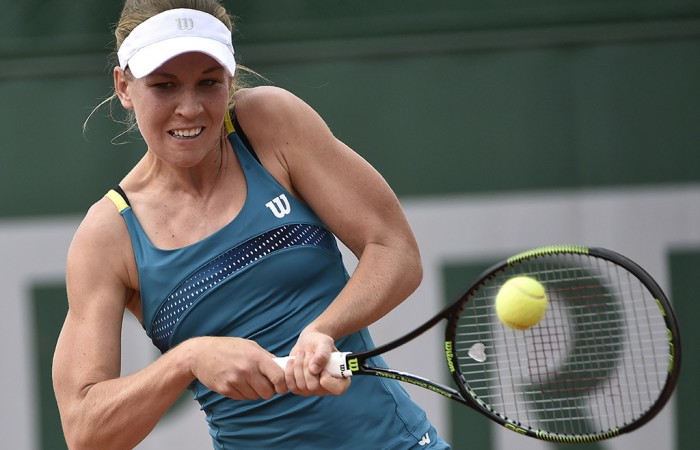 Olivia Rogowska is struggling to digest a first-round defeat at the French Open.

Rogowska looked on track for a comfortable win before surrendering 0-6 7-5 6-2 to Magdalena Rybarikova to be the first Australian eliminated in Paris.

The 23-year-old had delighted in overcoming “some mental barriers” to qualify for a Grand Slam for the first time in her six-year career.

But past demons came back to haunt Rogowska as she suffered her ninth first-round loss at a major.

She committed 16 unforced errors in the deciding set, the same amount as the first and second sets put together.

“I’m still trying to process what happened out there,” said Rogowska, who rolled through the first set in 23 minutes.

“I couldn’t have asked for a better start. I was seeing the ball like a basketball. I was playing really, really well – every shot that I was going for, somehow I was making it.

“To be honest, I think that got me a little nervous. I was thinking ‘My God, I’m playing so well. I hope I can keep this up.'”

“I started thinking about that and made a mistake on a few shots and got a little bit tight,” Rogowska said.

“But I felt like she definitely picked up her game, started serving better and making two, three extra balls.

“She played well on the big points … but (I’m) extremely disappointed I couldn’t close that out.”

It was a big opportunity lost for the world No.196.

“To know I can play a good standard of tennis, hopefully I can get confidence through that.

“I’ve never qualified. I’ve always got close so to get through that mental barrier of qualifying is something to be proud of so I’m going to take lots of positives from that.”