Australia's James Duckworth has bowed out of the Nice Open, losing his quarterfinal in straight sets to Croatia's Borna Coric. 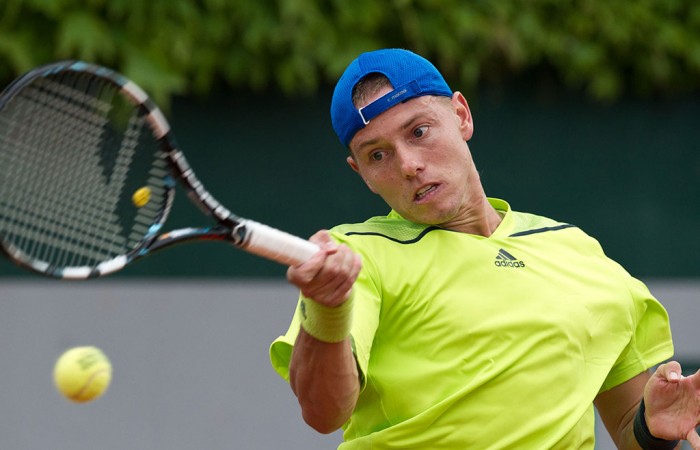 Australia’s James Duckworth has bowed out of the Nice Open, losing his quarterfinal in straight sets to Croatia’s Borna Coric.

Duckworth went down 6-3 7-6(3) on Thursday, with Coric to play fourth seed Leonardo Mayer in the semifinals.

Despite the loss, it marked only the second time the 23-year-old from Sydney had reached the quarterfinals of an ATP event.

It will surely build the world No.88’s confidence as he now turns his attentions to the French Open starting on Sunday.

In other results, big-serving American John Isner booked his place in the semis with a straight-sets win over Dusan Lajovic.

Isner saved both break points he faced and broke his Serbian opponent once in the second set as he ran out a 7-6(3) 6-4 winner.

The American will face Austria’s Dominic Thiem in the last four after Thiem pulled off an upset 6-2 6-4 win over third seed Ernests Gulbis.

The 21-year-old Thiem broke Gulbis twice in each set to advance to the last four, despite being broken himself in the second set.