Sam Groth has capped an impressive week with victory at the ATP Santaizi Challenger in Taipei, while Gavin Van Peperzeel scored a career breakthrough at the Anning Challenger. 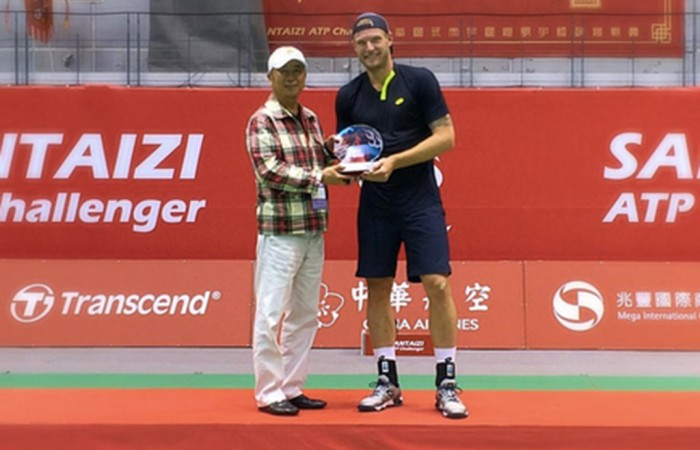 Sam Groth has capped an impressive week with victory at the ATP Santaizi Challenger event in Taipei.

In the quarters and semis, the world No.85 ousted fifth seed Tatsuma Ito and India’s Yuki Bhambri respectively.

The tournament came extremely close to having an all-Australian final, with Matt Ebden advancing to the semifinals and coming within a few points of reaching the title match.

The West Australian fell 6-7(3) 7-6(4) 7-6(4) to Kravchuk, but only after an impressive week during which he reached the last four without dropping a set, and scored victories over top 100 player Lukas Lacko and No.7 seed Illya Marchenko.

Meanwhile, Queenslander Gavin Van Peperzeel scored a career breakthrough when he reached the final of the ATP Anning Challenger in China.

It was the first time he had advanced so deep at a Challenger event; his success to date has come primarily on the ITF Futures circuit.

En route to the final, Van Peperzeel defeated China’s Wu Di and Slovene Grega Zemlja, the latter ranked inside the top 50 as recently as 2013.