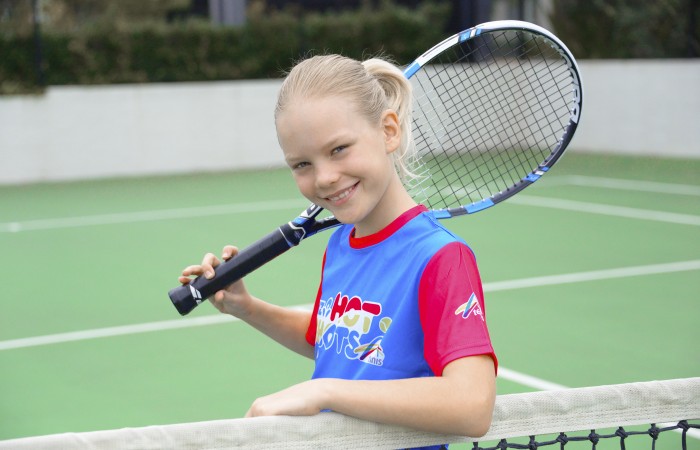 Cara Korhonen of Stanhope Gardens, New South Wales will join the world’s biggest tennis stars at Australian Open 2016 after being selected as an ANZ Tennis Hot Shot of the Year nominee.

Cara will receive a money-can’t-buy VIP trip to Australian Open 2016 as well as an ANZ Tennis Hot Shots equipment pack, including a mini net, racquets and balls.

Currently playing Hot Shots at Oz Tennis Academy at West Pennant Hills, Cara is aiming to improve her tennis skills and be as good as No.1 Serena Williams.

“There are many tennis players that I really like for different reasons, such as Novak Djokovic and Roger Federer for being nice to their opponents and being a great sport. However, my favourite player is Serena Williams. I think she is one of the greatest, if not the greatest, female player in history. She is definitely a living legend,” said Cara.

Cara can’t wait to walk onto centre court and unleash some of her favourite tennis shots on the big stage.

“My favourite shot is my forehand as it is my strongest shot, and I like to hit the ball as hard as I can. I also love tricks, so drop shots are fun and I am currently trying to get better at it,” she said.

In January, Cara will join 11 nominees at Melbourne Park where the ANZ Tennis Hot Shot of the Year will be selected at an official awards night, as well as go behind-the-scenes at the tournament and play on the same courts as the world’s best.