Tennis Australia has today announced the World Junior Tennis teams that will contest the Asia/Oceania final qualifying event in Bangkok, Thailand this month. 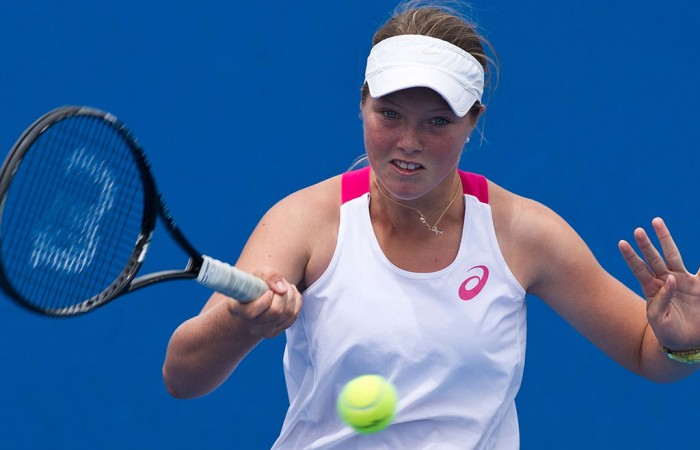 Tennis Australia has today announced the World Junior Tennis teams that will contest the Asia/Oceania final qualifying event in Bangkok, Thailand this month.

The ITF World Junior Tennis event is an international team competition for players aged 14 and under. This month six of the country’s best junior tennis players will compete for Australia’s place in the World Junior Tennis finals, to be held in Prostejov in the Czech Republic from 3-8 August 2015.

Donning the green and gold in the girls’ event, to be held from 20–25 April, are Olivia Gadecki (Hollywell, Qld), Amber Marshall (Gulfview Heights, SA) and Isabella Ryles (Adelaide, SA). The team will be coached by National Academy Queensland coach Adam Carey.

Flying the flag for Australia in the boys’ event will be Rinky Hijikata (Epping, NSW), Dane Sweeney (Maroochydore, Qld) and Tristan Schoolkate (Scarborough, WA) under the guidance of National Academy New South Wales coach David Moore. The boys’ event will run from 27 April-2 May in the Thai capital.

Having recently returned from the Junior Davis and Fed Cup event in Shepparton, tennis legend Todd Woodbridge is impressed with the level of competition at these international tournaments.

“These events are the cornerstones of building the next generation of champion players,” Woodbridge said.

“When you think about it, it was only three years ago that both Nick Kyrgios and Thanasi Kokkinakis represented Australia in Junior Davis Cup and now they are stars on the world stage.

“What we are seeing is another great group of kids waiting to step up in the next few years.”

Kathryn Oyeniyi, Professional Teams Manager at Tennis Australia, said the event was a great opportunity for up-and-coming players to gain invaluable experience at an international level.

“This is a fantastic opportunity for these young players coming up through the ranks to represent their country and work in a close-knit team environment,” Oyeniyi said.

“Both teams have been delivering some great performances recently and I’m looking forward to seeing some close competition.”

Each year the top 16 boys’ and top 16 girls’ teams from regional qualifying events compete for the World Junior Tennis title, with more than 100 countries represented in the opening stages of competition.

The event has helped launch the careers of former world No.1s including Australia’s own Lleyton Hewitt (SA) as well as Rafael Nadal (ESP), Justine Henin (BEL), Kim Clijsters (BEL) and current No.1 Novak Djokovic (SRB), who all participated in the event as juniors.

Germany and Russia will enter the 2015 competition as defending boys’ and girls’ champions respectively.