Bernard Tomic fell in three gruelling sets in the second round of the ATP Monte Carlo Masters, while fellow Aussies Ajla Tomljanovic and Anastasia Rodionova went down at the WTA Bogota event. 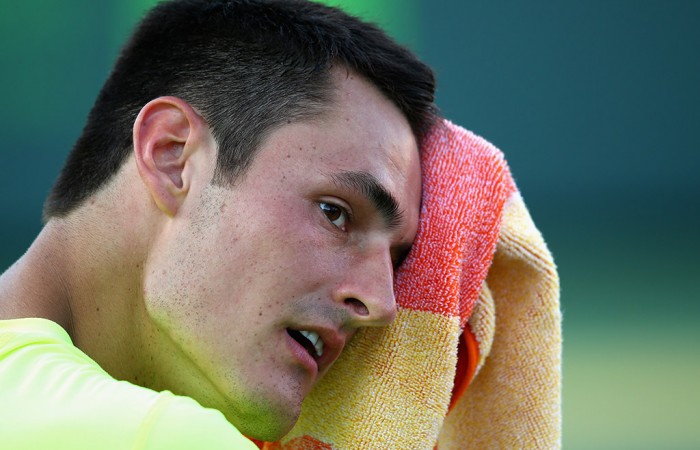 Novak Djokovic has posted a 6-1 6-4 winning start to the clay season as Australia’s Bernard Tomic suffered a gruelling second-round defeat at the Monte Carlo Masters.

The Austrian sent down 15 aces against Tomic, who on Monday moved to a career-high ranking of 26th in the world following his round one victory over Lukas Rosol.

Tomic was not without opportunity however, earning 15 break point opportunities – but converting just twice ultimately cost him a chance to progress to the third round and a dream showdown with Djokovic.

Instead it will be Haider-Maurer who will next face Djokovic, who was happy to wrap up the straight-set second-round defeat of Albert Ramos-Vinolas in less than 90 minutes.

“For a first match on clay, it was pretty good,” said the winner of back-to-back hardcourt Masters 1000 titles in the US.

“I’m happy to have started so strong.”

Djokovic is playing for the 142nd week on the ATP No.1 ranking, putting him one week ahead of Rafael Nadal on the top honour.

Roger Federer, Monte Carlo’s second seed, leads that statistical category with the all-time best of 302 weeks in the top spot.

Djokovic is also bidding to become the first player to win the opening three ATP Masters 1000 tournaments of the season after claiming Indian Wells and Miami honours.

At the WTA claycourt event in Bogota, Colombia, Australians Ajla Tomljanovic and Anastasia Rodionova fell in straight sets on Tuesday.

Tomljanovic, the tournament’s third seed, went down to Alexandra Panova of Russia 6-4 6-1 in one hour and six minutes.

Rodionova, who qualified for the main draw, fell 6-3 7-5 to American Nicole Gibbs.