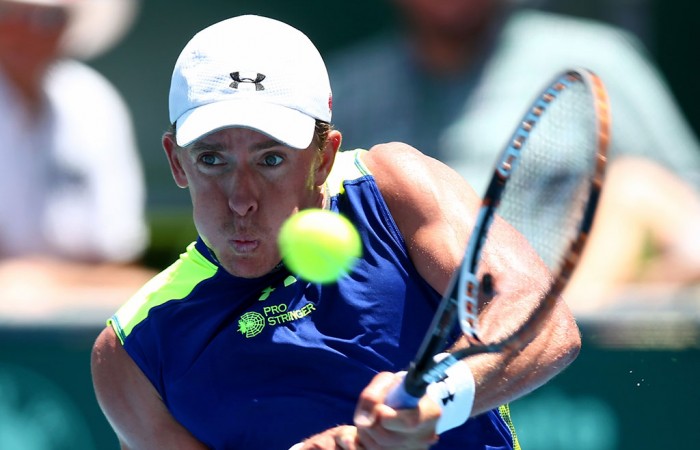 Matthew Barton’s 17-match winning streak on the Australian Pro Tour has been halted by New Zealand’s Jose (Rubin) Statham, as he recovered from a one-set deficit to take the 2015 Mornington Peninsula Tennis International title 2-6 6-3 6-4 on Sunday.

“It’s good to win a title,” said Statham, who is based in Melbourne and returning from an eight-month injury lay-off.

“I’m just enjoying my tennis at the moment and it’s just good to be out there and playing again.”

Coming up against the hot hand on the Pro Tour, Statham knew he would need to bring his best in playing Barton.

“It’s definitely intimidating with his winning streak and the level that he’s playing at,” he said. “It was a high level match at both ends but I know I’m capable of that and I was pretty happy with the way I played.”

Barton, the fifth seed, got off to the best possible start in the final, taking the first set in 31 minutes and looking every bit like a third title this season was well within his grasp.

However, the 27-year-old Kiwi fought back in the second taking advantage of an early break and holding his composure to level proceedings.

In a nervous final set for both players, Statham surged ahead with a double break of serve. While Barton was able to fight back, the early lead proved too much as Statham claimed the title in just under two hours.

“In the first set, I was just outplayed really. He was too powerful, too strong,” Statham said. “But I got up early in the second, changed a few things around. I knew I had to match the level he was playing at or I would be off the court pretty quickly.”

This is Statham’s first singles title since May 2013 and betters his finals appearance last week at Melbourne Park where he lost to Jordan Thompson.

Meanwhile, Barton was also unsuccessful in the doubles final, where he and partner Peter Torebko from Germany went down to third seeds Marc Polmans and Steven De Waard 7-6(6) 6-1