Aussie women Casey Dellacqua and Jarmila Gajdosova are among the seeds at this week's WTA Malaysian Open in Kuala Lumpur. 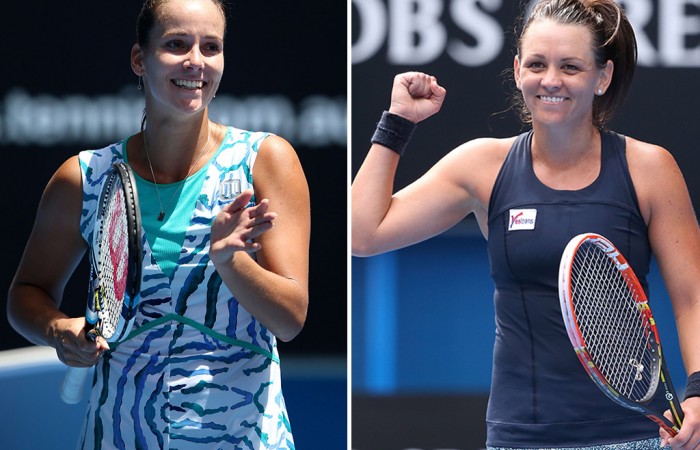 Aussie women Casey Dellacqua and Jarmila Gajdosova are among the seeds at this week’s WTA Malaysian Open in Kuala Lumpur.

Dellacqua, the third seed, faces Taiwanese wildcard Hsieh Su-Wei in her opening match, with a projected quarterfinal against No.7 seed Bojana Jovanovski should she progress that far.

She has landed in the top half of the draw, headed by fifth-ranked top seed Caroline Wozniacki.

Gajdosova finds herself in the opposite half of the draw; the world No.54 is seeded fourth and will take on Cagla Buyukakcay of Turkey in the first round.

Her projected quarterfinal opponent is sixth seed Kurumi Nara, while the highest seed in her half is Sabine Lisicki, the tournament’s second seed.

Fellow Aussie Daria Gavrilova unfortunately could not join them in the main draw, falling in three sets in the final round of qualifying.

In Monterrey, Mexico, Victorian Arina Rodionova stands one win from the main draw after winning two rounds of qualifying.

Her next opponent at the WTA International-level event is Nicole Vaidisova, the former world No.7 on the comeback trail after several years in retirement.

There is no play on the ATP tour this week, with players gearing up for Davis Cup action beginning Friday 6 March.