Kyrgios out of Davis Cup

Australian No.1 Nick Kyrgios has withdrawn from next week’s Davis Cup tie in the Czech Republic. 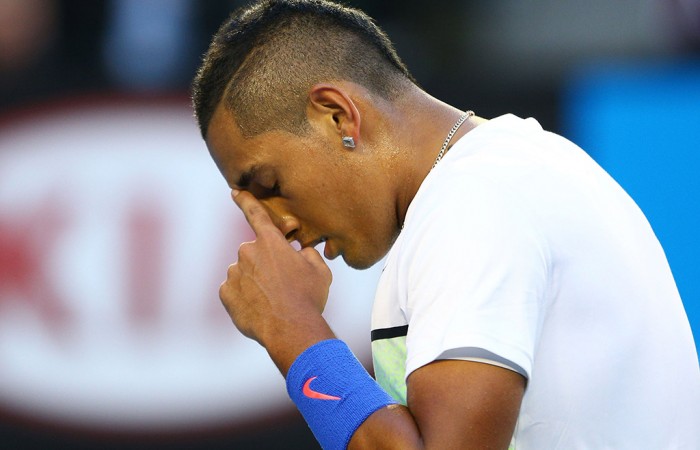 Australian No.1 Nick Kyrgios has withdrawn from next week’s Davis Cup tie in the Czech Republic.

“I am totally gutted to have to pull out but the medical advice is that my back is not ready to handle the workload required for a Davis Cup tie,” a disappointed Kyrgios explained.

“I have been doing everything possible to get it right and I had convinced myself I could handle it, but the doctors tell me the risk is just too great. They say this simply cannot be rushed.”

Australian Davis Cup captain Wally Masur said in accordance with Davis Cup rules the Australians had to name a team this week and wanted to include Kyrgios to give him every possible opportunity to play.

“All through this Nick’s attitude has been tremendous. He has been positive and desperate to get across the line,” Masur said.

“But the medical advice has been consistently wary and fair enough. This has been a carefully graduated recovery program. In line with that he stepped it up a bit further this week and had a very solid workout.

After that he had a final and thorough check which was always the plan before he got on the plane ­which in itself is part of the problem because of the long flight and the impact on his back.

“The medical experts say it is just not worth the risk and we have to remember that we all want Nick to have a long and successful career, so we need to ensure his recovery is as solid as it can be. We just have to be patient.

“I really feel for Nick because I know how much he has put into this and how keen he was to play for his country again.”

The Australians have named Bernard Tomic, Lleyton Hewitt and Sam Groth in their team.

Thanasi Kokkinakis, who along with Alex Bolt was already travelling with the squad to Czech to help the team prepare, is the likely replacement for Kyrgios.