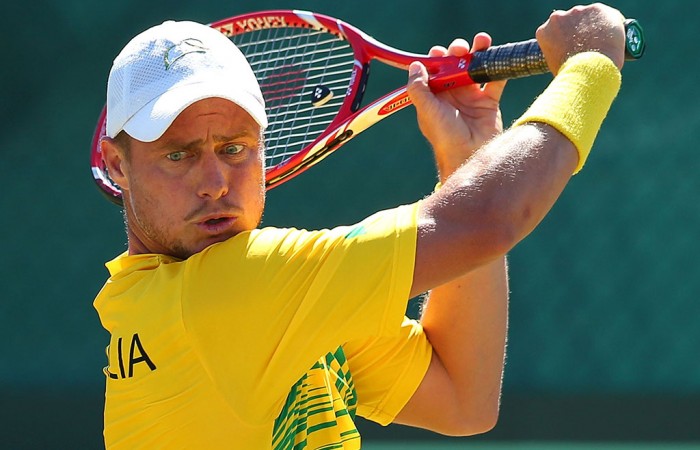 Thanasi Kokkinakis and Alex Bolt will also travel to the Czech Republic with the team.

Masur is confident the team is well prepared for next week’s tie.

“The boys are all rearing to go and excited to be back competing in Davis Cup after a big Australian summer and a lot of matches,” Masur said today.

“I’m pleased to be able to name Nick in the team. He’s obviously had a few injury concerns with his back over the summer but he’s been working hard to make his return at Davis Cup and should be good to go.

“Bernie has had a great summer, he always plays well in Australia but it’s great to see him doing so well in the US, reaching the semis at Delray Beach over the weekend. He’s also looking forward to coming back into the team.

“Lleyton has been training hard in Melbourne since the Australian Open, showing his usual professionalism, and Sam Groth is pumped to be named in the team after making his debut last year.

“The fast indoor court will be a good surface for Grothy and he gives us potential options for both singles and doubles, which is exciting.

“We’ll also have Thanasi and Alex Bolt working with the team for the week. Thanasi has already had a bit of Davis Cup experience and Bolty is a big lefty with a similar style to Czech Jiri Vesely, so will be in demand as a hitting partner.

“It’s not an easy ask to face one of the very best teams in the first round. This is going to be a tough tie but the team is committed to doing their best and we expect a very competitive weekend.”

The Czechs will host Australia for the first time in Davis Cup history since becoming an independent nation at Cez Arena in Ostrava.

Ahead of next month’s tie the Australian team will travel to Prague for a training camp.

The No.1 ranked Czech Republic team won back-to-back Davis Cup titles in 2012 and 2013 before bowing out to France in the Davis Cup semifinals in 2014.

The last time the Czech Republic and Australia met was in 2007.

Speaking to media on Tuesday at Melbourne Park’s National Tennis Centre, Hewitt said the tie represented a great chance for Australia to solidify itself in the World Group after several tough years of hovering on the fringe.

“With the team we have, we have a lot of options, which is a massive strength for us, and something we’ve really struggled with over the last five years or so,” he said.

“Nick and Bernie are playing great, they’re both confident, both big match players and play really well over five sets which is important. Grothy has stood up over the last six to eight months, he’s played a lot better in both singles and doubles and he’s a big option of possibly playing singles or doubles.

“We know it’s a massive opportunity … we haven’t won a match in the World Group for a long time and it’s something I obviously want to do in my last year playing and I know the younger boys, they all haven’t experienced playing in real big matches in the World Group, so it’d be nice to get a win for them as well.”