Kyrgios can win the Open: Rosewall

Tennis legend Ken Rosewall, the youngest man in history to win the Australian Open, says Nick Kyrgios can pull off the unthinkable and hoist the trophy on Sunday night. 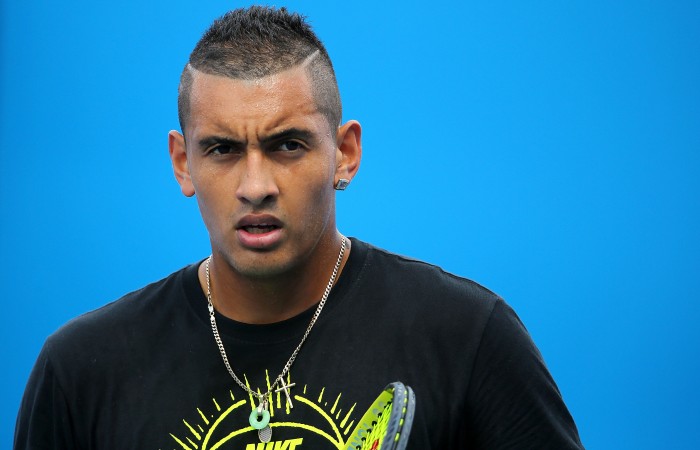 Tennis legend Ken Rosewall, the youngest man in history to win the Australian Open, says Nick Kyrgios can pull off the unthinkable and hoist the trophy on Sunday night.

Rosewall, who claimed the first of his four Australian titles at 18 in 1953, believes 19-year-old Kyrgios not only has the tools to knock over Andy Murray in their quarter-final showstopper on Tuesday night, but also the talent to go all the way at Melbourne Park.

“I wouldn’t like to think it’s too early. There’s been plenty of other young fellas who have done well, particularly (Bjorn) Borg.

“Even I won some tournaments when I was young,” Rosewall told AAP on Monday.

“If he did win a grand slam event as a 19-year-old, it would certainly be a great start to his career.”

The only man in history to pull off two calendar-year grand slams, Laver was gushing in his praise of Kyrgios, saying “he really doesn’t have any weaknesses”.

“He’s playing his best tennis under pressure and that’s the mark of a champion in my mind,” Laver said.

“If he’s able to come back from two sets down like he did last night (against Andreas Seppi) and then pull it out … it tells me a lot that he’s prepared to go all the way.”

No teenager since Rafael Nadal a decade ago has won a grand slam crown, but Rosewall said the 193cm, 85kg Kyrgios has set himself apart from other young challengers with his explosive firepower.

“The players of today are much bigger – men and the women – with their training and diet and everything else,” said the eight-times grand slam champion.

“They’re much more stronger and powerful and I’m sure with Nick, as a strong, young 19-year-old, it’s certainly an advantage.

“Murray will be a good challenge again for him, but there’s no reason why he shouldn’t win. He’s playing well. I think he’s confident.

“As long as he serves decently, that’s going to be a big part of winning the match.”

Kyrgios will be making his first appearance on Rod Laver Arena since he won the 2013 junior crown at Melbourne Park.

The legend after which the stadium is named couldn’t be more impressed by the manner in which the precious youngster had earned his centre-court billing.

“The way he’s won his last four rounds have been terrific,” Laver said.

“It’s a bit different to the way we played under the Harry Hopman regime.

“But he’s a big, tall kid and he plays some great tennis and I think he’s got a huge future and hopefully he’ll continue to improve the way it’s been happening the past year.”

Laver’s only advice to Kyrgios was to be careful not to overplay his showmanship.

“He’s got a huge serve and sometimes … he doesn’t show off but he wants to really show how much power he’s got and I think sometimes that’s a mistake,” Laver said.

“If he can keep control of his game the whole way through, because he’s got good groundstrokes, a good serve as well, good volleys, he really doesn’t have any weaknesses except sometimes when he gets carried away.”