Olivia Tjandramulia was one of three Australians to advance to the second round of the girls’ singles on Saturday as the junior tournaments got underway at the Australian Open. 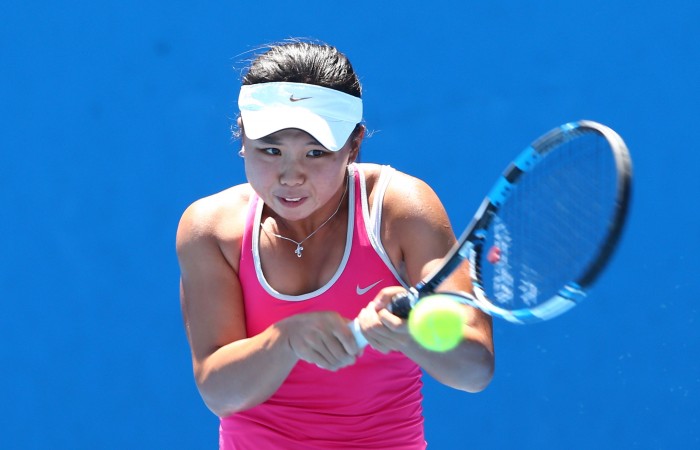 Olivia Tjandramulia was one of three Australians to advance to the second round of the girls’ singles on Saturday as the junior tournaments got underway at the Australian Open.

Tjandramulia caused a boil-over when she ousted the tournament’s third seed Marketa Vondrousova from the Czech Republic.

A jubilant Tjandramulia struggled to contain her elation post-match.

“I’m so excited, I’m still getting over it, I can’t believe this is real,” she said.

“I though, this is another bad draw, one of those draws, you don’t always get good draws.

“I thought, I’ll just play my best and hopefully the crowd is with me and they were today, so I was really happy about that. They lifted my energy and my game.

I’m very happy with my game lately and how I play. This is my highlight tournament of the year and this match was really important to me.”

Joining Tjandramulia will be the 7th seed Naiktha Bains who advanced in a clinical win over Lucie Warnier from France.

After securing a tight first set 7-5, Bains scorched through the second in just 17 minutes en route to a 6-0 rout that emphasised why she is one of the tournaments big-guns.

A focussed Bains was satisfied with her performance.

“The second set was really good, I was hitting the ball really well,” the 17-year-old said.

“Obviously I want to do really well here, so maybe I put some expectation on myself, but I don’t really think about it. I just want to do well here and do the best I can.

“It’s a Grand Slam, every Grand Slam means a lot to me, I look forward to all of them.”

The former Papua New Guinea local was over the moon with her win.

“I’m so happy. I just wanted to go out there and have some fun,” she said.

“This is only my first year, I just wanted to go out there and show people what I do best.”

First round matches continue at Melbourne Park on Sunday.