Friday marks Day 5 of the 2015 Australian Open with three Aussie men set to take the court in their third round matches, one of who is guaranteed a victory. 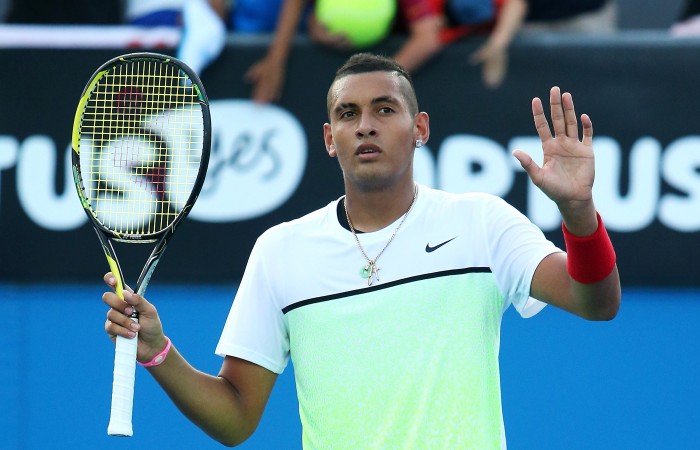 Friday marks Day 5 of the 2015 Australian Open with three Aussie men set to take the court in their third round matches, one of who is guaranteed a victory.

No.1 ranked Australian Nick Kyrgios looks to continue his march to the second week of the tournament when he takes on world No.75 Malek Jaziri from Tunisia.

The pair have never met in the main draw of a tournament before but did clash in a qualifying for the 2013 U.S Open. Kyrgios saluted in three sets on that occasion and is likely to be considered as the popular pick for this one as well.

Jaziri, who turned 30 last Tuesday, is yet to progress any further than the second round of a Grand Slam tournament and Kyrgios will aim to keep it that way.

Fellow countrymen Bernard Tomic and Sam Groth will go toe-to-toe in the other match involving Australians.

World No.66 Tomic reached the fourth round of the Australian Open in 2012 and will be looking to replicate that feat this year and, perhaps, go even further.

Groth, the 27-year-old Narrandera native, is looking to continue his best Grand Slam tournament to date. Well known for his world-record fastest serve of 263km/hr, Groth is the fairytale story of the tournament when it comes to Australians.

The Aussie duo are yet to meet in the main draw of a tournament however they did clash at a challenger event in Burnie back in 2011. Tomic took that match in two sets 6-4 7-6(4).

There will also be 11 Australians in doubles action.