Ajla Tomljanovic bowed out of the 2015 Australian Open on Thursday, going down to American 30th seed Varvara Lepchenko 6-1 7-6(1). 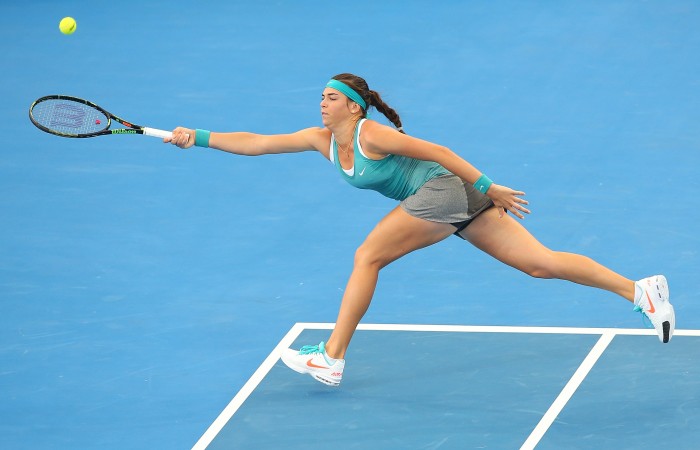 Ajla Tomljanovic bowed out of the 2015 Australian Open on Thursday, going down to American 30th seed Varvara Lepchenko 6-1 7-6(1) in their second-round clash.

After thrilling local fans on Rod Laver Arena with her first Grand Slam tournament win as an Australian two days earlier, Tomljanovic was unable to repeat the dose against the left-handed Lepchenko.

A slow start did not help the the 21-year-old who failed to produce a single winner in the opening set.  Despite regularly pushing the service game of the American, she was unable to capitalise and managed to win just one game in a 29-minute set.

In stark contrast, the pair were inseparable in the second set, breaking each others service game once and holding the rest to be locked up at 6-6 and forcing a tiebreak.

Tomljanovic won the second point of the tiebreak to make it 1-1, but it was to be the last she won for the match as the 28-year-old Lepchenko closed it out in dominant fashion, 7-1.

The tournament continues for Tomljanovic who pairs up with Jarmila Gajdosova in the doubles. Lepchenko progresses to meet the in-form 6th seed Agnieszka Radwanska from Poland in the third round.