After two successful days at the 2015 Australian Open, Aussie fans are set to have plenty to cheer about on Day 3. 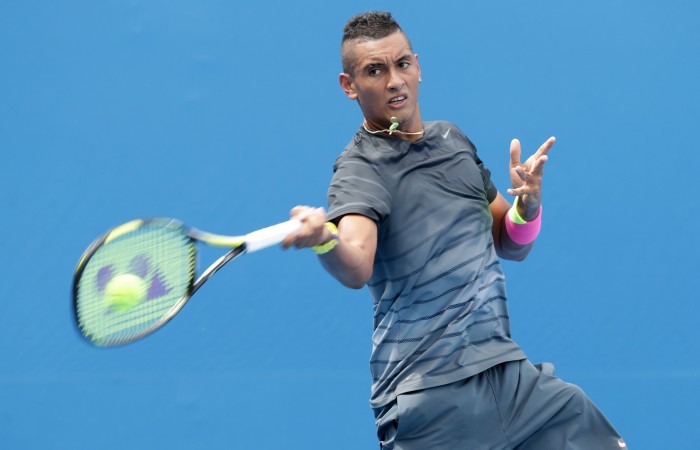 After two successful days at the 2015 Australian Open, Aussie fans are set to have plenty to cheer about on Day 3.

Seven Australians will take the court in singles action and the good news is, at least one of them is guaranteed a berth in the third round.

Six Aussie men are scheduled to play including Nick Kyrgios who looks to back up from a five-set first-round win when he comes up against the big-serving Croatian Ivo Karlovic.

It will be a big test for the Australian No.1 against the experienced 23rd seed with the pair never having met before.

Bernard Tomic will ply his trade against the 22nd seed Philipp Kohlschreiber from Germany. It is a rematch of their encounter at the Apia International in Sydney two weeks ago where Tomic won in straight sets.

The ever-entertaining Marinko Matosevic will look to claim his biggest Grand Slam tournament scalp when he meets the 6th seed Andy Murray. Matosevic describes Murray as a mate and has practiced with him in the past.

In their two prior meetings at Roland Garros and Queens, it has been Murray who has won in straight sets.

James Duckworth will launch his bid for a place in the third round against French veteran and 24th seed Richard Gasquet. Their only previous meeting was at Wimbledon last year where Gasquet needed five sets to defeat the Australian.

One match that is certain to yield an Australian victory is the clash between five-set super hero Thanasi Kokkinakis and the big-serving Sam Groth.  Both are chasing their best result in a Grand Slam tournament with neither having reached a third round before.

In women’s action, Jarmila Gajdosova will fly the flag for Australia in her match against Romanian third seed Simona Halep. It will be a genuine litmus test for Gajdosova who comes up against one of the form players in women’s tennis at the moment.

No less than 22 Aussies will take the court in doubles action which also kicks off on Wednesday.