It was a tough day at Melbourne Park on Friday for the four Australian aspirants hoping to qualify for the 2015 Australian Open. 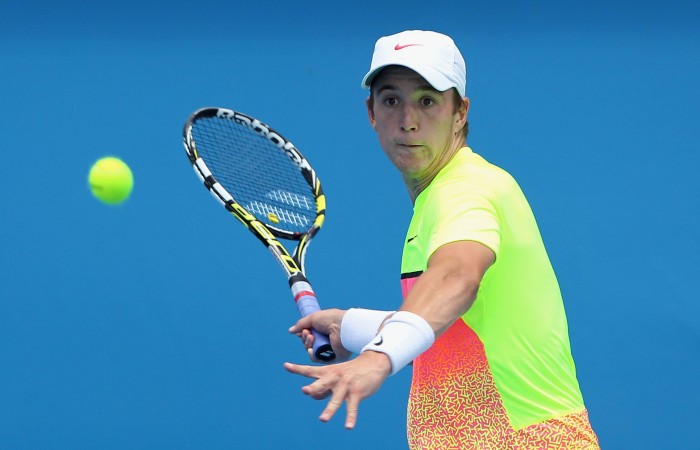 Andrew Harris may well lament what might have been in the second round of qualifying for the Australian Open on Friday after he created numerous opportunities against German fifth-seed Andreas Beck before being eliminated in three sets 7-6 (8) 6-7 (1) 6-2.

The 20-year-old had nine set-points in the opening set and led a tiebreak 6-0 before eventually succumbing 10-8.

Harris again missed two set points at 6-5 in the second set before a second tiebreak ensued. He was not to be denied this time, taking it 7-1 in a dominant display against the former world No.33.

After receiving treatment cramps between sets, Harris was unable to stick with Beck and bowed out in a final set which lasted just 34 minutes.

It was a gallant effort from Harris who proved he can more than match it with a player ranked close to the top 100 in the world. He will undoubtedly garner plenty from the experience.

“It’s a very disappointing finish,” a dejected Harris said after the match.

“Had I got that first set, I could have maybe closed the match out in two.

“I probably put too much pressure on myself.”

Earlier, Anastasia Rodionova had the unenviable task of facing former world no.11 Shahar Peer in her second-round qualifying match.

Peer was dominant in the first set, taking it 6-1 in less than half-an-hour and looking as though she was headed to an easy victory.

Rodionova dug deep in the second set, combining some blazing forehand winners with crafty net-play to wrest back the ascendency and take the set 6-3.

The third set saw Peer click into overdrive, with the ninth-seed from Israel racing out to a 5-0 lead. Rodionova managed to save two match points and win the sixth game of the set as well as having a break point opportunity in the seventh.

Both Marc Polmans and Jessica Moore were laminated at the hands of American opponents.

The 17-year-old Polmans found the third-seed Tim Smyczek a little too hot, going down in straight sets 6-2 6-3.

Qualifying continues at the Australian Open on Saturday.