Matosevic crashes out in Sydney

Marinko Matosevic has hit suffered a first round loss to Italian world No.51 Simone Bolelli in under at hour on Ken Rosewall Arena at the Sydney International. 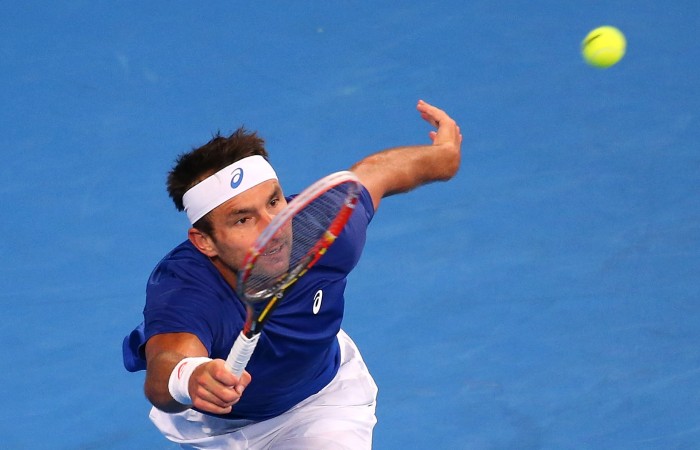 Australia’s Marinko Matosevic has hit out at Sydney International organisers after he crashed out in the first round to Italian world No.51 Simone Bolelli in under at hour on Ken Rosewall Arena.

The 29-year-old, who reached the quarter-finals here last year, looked completely out of sorts as Bolelli eased to a 6-3 6-2 victory against the 80th-ranked Victorian on Monday.

A bitterly disappointed Matosevic was knocked out in the first round in Brisbane last week and then flew to Perth to play in the Hopman Cup and only arrived in Sydney late on Saturday night and asked to play his match on Tuesday.

With most of Sunday washed out with rain, Matosevic claimed he had no time to prepare until he walked out on court.

“My preparation was my warm-up today for my match,” he said.

“I was surprised I was playing today. I thought I would get a Tuesday start.

“I thought I was going to get one. I was told before I went to Hopman Cup they would ask for me.

“I wasn’t able to practice yesterday so it was a tough, tough preparation.”

Australia pair Bernard Tomic and Nick Kyrgios are in action on Tuesday, as is former US Open champion Juan Martin Del Potro, who plays his first match in 11 months.