Casey Dellacqua will travel to Hobart on Sunday looking to kick start her 2015 winning campaign. 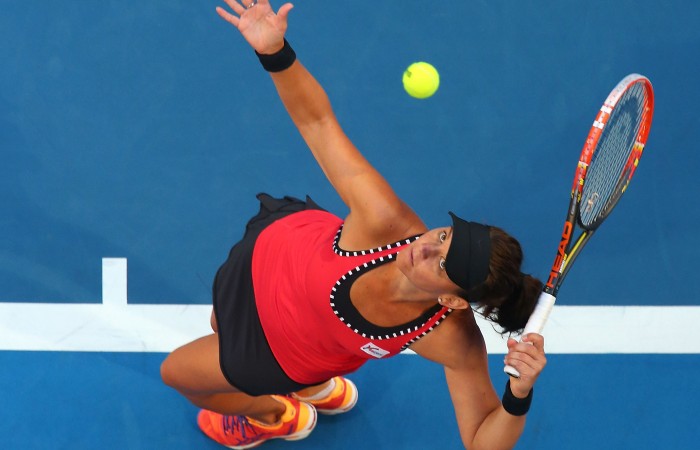 Casey Dellacqua will travel to Hobart hoping to kick start her 2015 campaign after failing to find success at the Hopman Cup.

The world No.29 will headline the hard court Hobart International, starting on Sunday, but faces a challenging first round against American Lauren Davis, ranked 54.

The most recent result between the pair – at the Miami Masters in 2013 – saw the West Australian lose in three sets.

Dellacqua, 29, starts in Hobart as top seed at a WTA tournament for the first time in her career, after a consistent 2014 which included wins at every grand slam.

However 2015 hasn’t started positively for the left-hander, with three singles losses at Perth’s Hopman Cup.

Watson will contest the Hobart tournament but is in the other half of the draw to Dellacqua and for a rematch would need to overcome big names including world No.35 American Sloane Stephens.

Stephens faces world No.46 Romanian Monica Niculescu in the first round.

Fellow Americans Christina McHale and Alison Riske have drawn each other in a match the former player says won’t hold any surprises.

“We practice together in the off season so we know each other really well,” McHale told AAP.

“Ally plays really aggressive and she likes to come in a lot and play an attacking game so I am going to have to try and counter that and make sure I can make her hit a lot of balls.”

Australians Olivia Rogowska and Storm Sanders have been handed wildcards for the Hobart event.

Dellacqua isn’t due to arrive in Hobart until Sunday