Federer too good for Duckworth in Brisbane

Roger Federer took just 39 minutes to defeat James Duckworth in a ruthless display at the Brisbane International on Friday night. 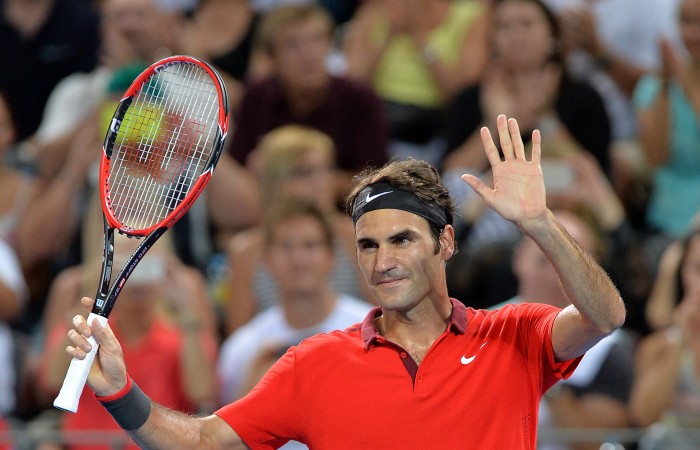 He dressed like Lleyton Hewitt but that’s as close as James Duckworth resembled the ex-world No.1 against a ruthless Roger Federer in their Brisbane International quarterfinal on Friday night.

World No.2 Federer crushed the Australian wildcard 6-0 6-1 in just 39 minutes to book a semifinal showdown on Saturday with fourth-seeded Bulgarian Grigor Dimitrov.

The Swiss great would have been forgiven for having flashbacks of last year’s shock Brisbane International final loss to Hewitt when Duckworth hit centre-court.

Wearing his hat backwards and full of energy at first, Duckworth appeared to be attempting his best Hewitt impersonation.

And world No.125 Duckworth would have been backing himself to at least test Federer after his three-set battle against fellow Australian wildcard and world No.153 John Millman in the second round on Thursday night.

However, Federer appeared to be in vintage form barely 24 hours later – and he showed no mercy to Duckworth on Friday night.

Duckworth’s only claim to fame was winning his first game 13 minutes into the second set.

He saved one match point before the Fed Express powered to victory.

Asked if he had somewhere to be on Friday night, Federer told Channel Seven: “I was a little late last night (against Millman) but I have nowhere to go tonight.

“It was a bit tense (against Millman) but today I served well and played aggressive.

“I am definitely getting used to centre court now.”

He looked forward to taking on world No.11 Dimitrov on Saturday.

“He is a fun guy to watch and play, a great athlete,” Federer said.

“It will be an interesting match. I will have to play well.”