Bayside Thunder and Kooyong Classics have been crowned champions following the ATL South East Conference finals, which came down to the wire at the National Tennis Centre. 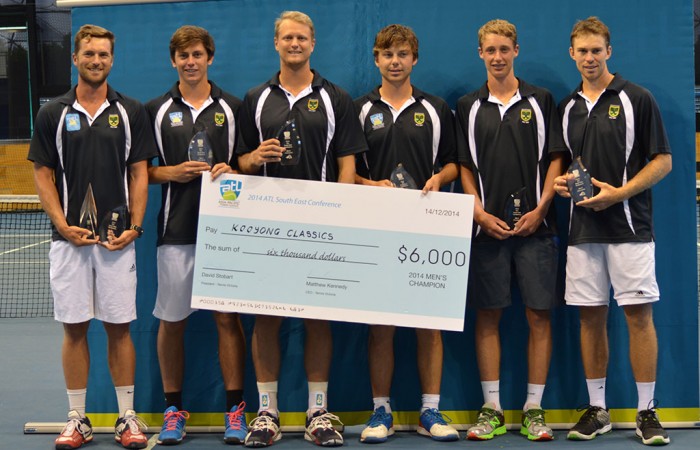 Both the women’s and men’s competition came down to the wire at the National Tennis Centre today in the finals of the Asia-Pacific Tennis League South East Conference.

Bayside Thunder edged out the MCC Stars in the women’s competition and Kooyong Classics narrowly defeated the Royal South Yarras. Both contests came down to the doubles matches, and the final results were determined by a count back on sets after all matches were tied at 3 rubbers a piece.

Thunder’s top two players, Gavrilova and Rodionova ensured a strong start for the Thunder both winning in straight sets. MCC Stars young guns Hives and Fourlis then fought back to level the match at the end of the singles rubbers.

Gavrilova/Rodionova then defeated Hives/Fourlis 4-2 4-0. A win to Zlochova/Jovanovic (MCC Stars) over Wongteanchai/Pratt (Bayside Thunder) wasn’t enough to secure the final. Bayside Thunder won by one set.

In a rematch of Super Round 5’s close encounter where the Yarras defeated the Classics by three games, Peers helped turn the table today in favour of the Classics, defeating Propoggia (Royal South Yarras) 4-2 4-2.

Bayside Thunder and Kooyong Classics both collect $6,000 in prize money and will go on to represent the South East Conference at the Asia-Pacific Tennis League Playoffs during the Australian Open in January.

They will compete against other Australian State Conference winners, as well as teams from Japan, Korea, New Zealand and Pacific Oceania, with 110K prize money on offer across both the men’s and women’s competitions.