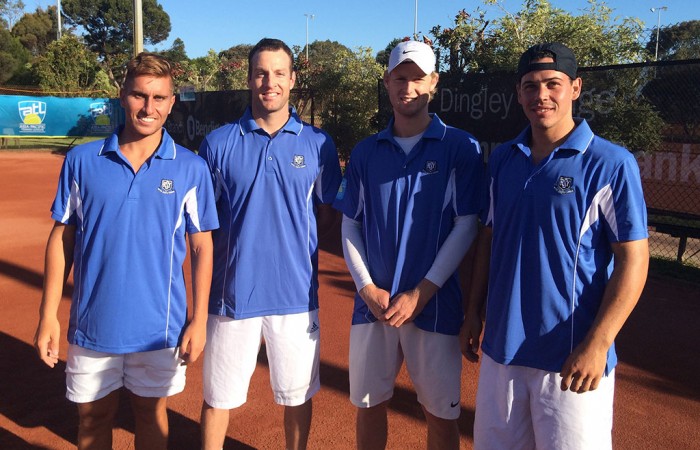 Last night’s matches were pivotal in deciding the teams for Sunday’s finals. In an epic final round in the men’s competition, the Kooyong Classics went down to the Royal South Yarras by just 3 games after rubbers and sets were even.

Sunday’s rematch in the final promises to be intriguing and one which will undoubtedly go down to the wire again. Both teams will be confident of the ultimate success.

In the women’s round, the MCC Stars needed to defeat the third placed Mornington Missiles, who again had grand slam mixed doubles winner Cara Black in action. The Stars showed strong form ahead of Sunday, crushing the Missiles 5 rubbers to 1 to book their shot at glory on Sunday.

The ATL finals day will also include the 3 v 4 playoffs for both the men’s and women’s competition. The Omar Jasika led Tennis World Taipans will square off against the Tasmanian Devils, who are playing in their inaugural season. And, the women’s 3 v 4 playoff will feature the Mornington Missiles against last year’s runner up the Kooyong Classics.

The winners of the ATL South East Conference will advance to the ATL playoffs to be held in the second week of the Australian Open. They will compete against other Australian State Conference winners, as well as teams from Japan, Korea, New Zealand and Pacific Oceania, with 110K prize money on offer across both the men’s and women’s competitions.

Final scores after Super Round 5

Final ladders after Super Round 5