A group of 16 emerging Australian tennis talents were put through their educational and physical paces this week as part of a team building exercise at Melbourne Park. 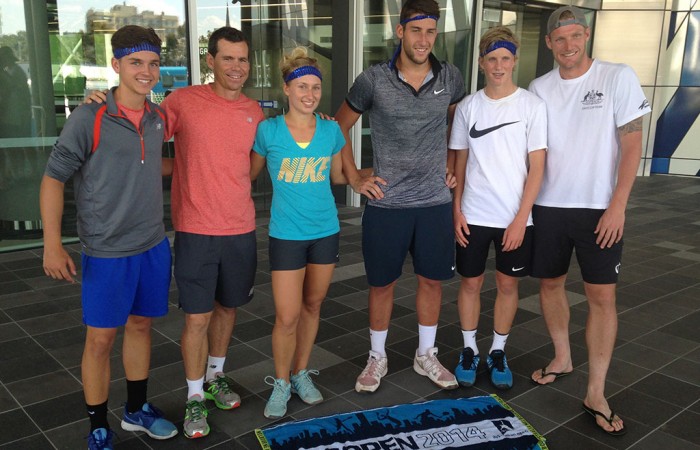 A group of 16 emerging Australian tennis talents were put through their educational and physical paces this week as part of a team building exercise at Melbourne Park.

Following on from a National Academy training program at Sorrento the week prior, the players – including top 200 star Luke Saville, Australian Fed Cupper Storm Sanders, former junior No.1 Daria Gavrilova and highly-rated junior talent Marc Polmans – were divided into teams in an “Amazing Race” style format and were required to complete a series of challenges.

Australian tennis history was weaved into the challenges – players had to race around to historic sites dotted throughout Melbourne Park, such as the bronze busts in Garden Square and historic displays documenting the Australian Open throughout the years, to find the answers to questions.

They even jumped on bikes and rode to Kooyong Lawn Tennis Club to complete a serving challenge overseen by former Aussie great Wayne Arthurs.

The session, run by Tennis Australia’s education officer Natalie Martin and involving several National Academy coaches, trainers and physiotherapists at the various stations, was part of the end-of-season activities for the playing group.

“We got split into teams and we have bikes as well and helmets but that is literally everything we know,” Saville said ahead of the exercise.

“There’s going to be a bit of a (focus on) teamwork and then there’s a barbeque.”

Added Sanders: “We did a good training (block) week last week in Sorrento as (part of) National Academy and we all got to know each other and get closer so this is just another experience to team bond and have some fun at this end of the year.” 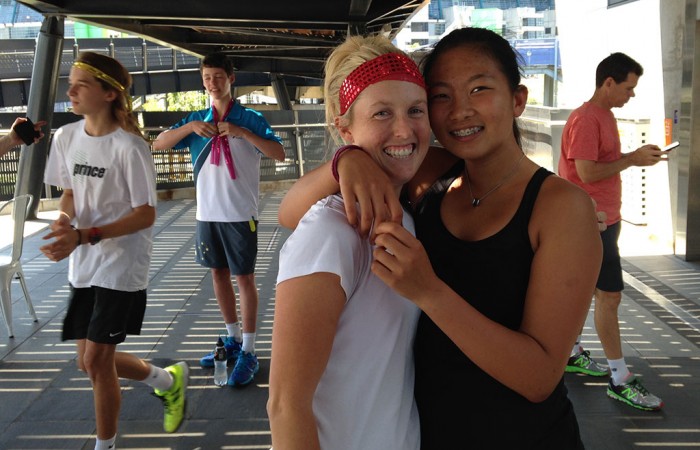 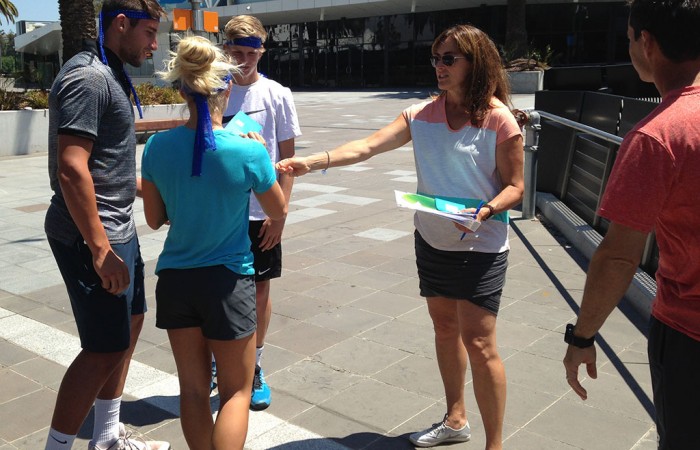 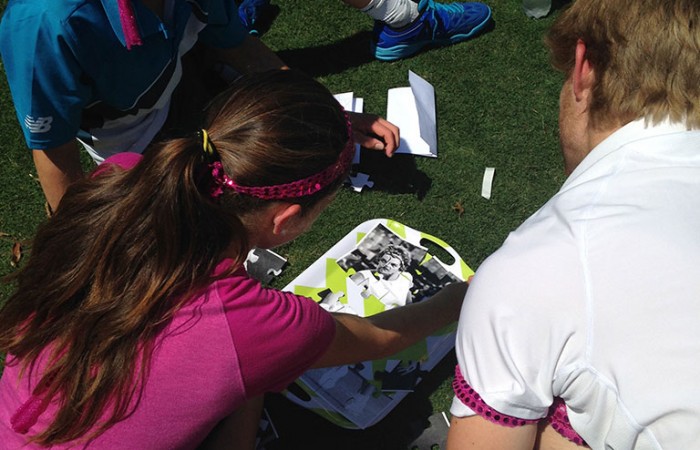