Fine summer ahead for tennis fans

At the beginning of another highly anticipated summer there is good news on the weather front for tennis fans, with warm, dry, sunny conditions forecast. 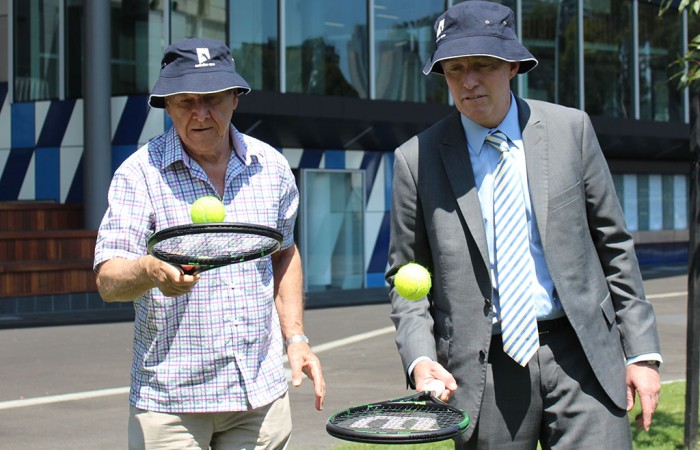 At the beginning of another highly anticipated summer there is good news on the weather front for tennis fans.

“It’s not going to be as hot as January this year, and we don’t expect a heat wave,” Bob Leighton said.

“At this stage it’s looking like a normal summer, perhaps slightly warmer, with only one day hitting around 40 degrees, and little or no rain forecast.”

The addition of a third retractable-roof stadium, the stunning new-look Margaret Court Arena, has effectively ‘weather-proofed’ the Australian Open, and in line with the new facilities the Australian Open heat policy has been updated to ensure conditions are fair for all players.

“The heat policy, as always, will be applied at the Referee’s discretion,” Craig Tiley said today.

“The decision on implementing the heat policy will take into account the forecast once the ambient temperature exceeds 40 degrees Celsius, and the Wet Bulb Global Temperature (WBGT) reading exceeds 32.5.

“When conditions exceed these levels the Referee is taking into account the forecast and state of play when making his discretionary call. We’ve been gathering data for a number of years now and the forecast process is more sophisticated than ever before.

“We believe this update will clarify and streamline the communications process for both players and support staff. We’ve consulted the playing group and this is seen as the fairest way to implement the policy by many of the top players.”

“The Australian Open is the only Grand Slam with three-retractable roof stadiums, so it’s important to update our policies to reflect the new infrastructure and conditions the players compete in,” Tiley said.

We are incredibly fortunate to have such fantastic facilities and fans will enjoy the amazing atmosphere of MCA, which is ticketed this year, and increased access to Hisense on a Ground Pass.”