The Trinity Titans men and Flagstaff Freighters women’s teams sit atop of the South West ATL Conference table after the first weekend of matches were played across Saturday, Sunday and Monday. 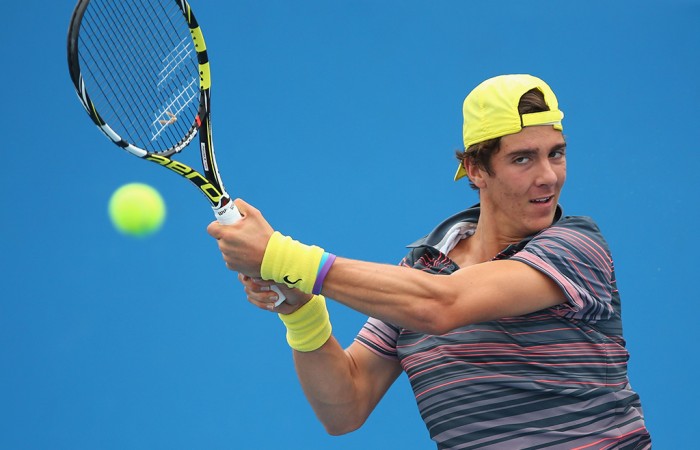 The Trinity Titans men and Flagstaff Freighters women’s teams sit atop of the South West ATL Conference table after the first weekend of matches were played across Saturday, Sunday and Monday. Reigning SA champions the Freighters are two from two after overcoming The Drive on Saturday night and Trinity Titans on Sunday.

The Freighters win over The Drive looks to have set them up for fourth consecutive final. The five rubbers to one score line made the match look one sided however it could easily have been another story with many close rubbers going the way of Flagstaff. The Freighters Bulgarian recruit Dia Evtimova has led the way with two strong wins at number one singles and has been well supported by WA’s Jess Moore and Victorian Viktorija Rajicic.

In the men’s competition it is the Trinity Titans who have picked up two wins from their two matches, with a key win over The Drive at their home courts on Sunday setting them up for a top two position. The win over The Drive was set up when Darren Polkinghorne made light work of Ryan Agar at number one singles and when David To and Lawrence Bataljin both won tight three set matches the tie was in Trinity hands.

The Drive men, who started so promisingly on Saturday night with a strong win over the NETA Knights after rising star Thanasi Kokkinakis won both his singles and doubles matches, are now needing to win both their matches this weekend to make it through to the ATL finals played on December 5. For NETA their team have performed admirably so far and will be looking to step up a gear in front of home crowds over the coming weekend.

This weekend will see the SA women’s teams head to Perth on Friday for matches against WA teams City Beach Slammers and Midland Mad Dogs on the 28, 29 and 30th of November. The Trinity Titans will be needing to win both of their matches to qualify for the final and will be relying on number one singles player Olivia Ley to continue her strong form along with her team mates Claudia May and Nicole Kraemer who have performed strongly so far.

WA men’s teams the Mount Lawley Mavericks and Hensman Heat will be heading over to Adelaide on Friday to take on the SA men’s team’s over the weekend.  Tea Tree Gully will be hosting matches on Friday night and will be expecting a strong crowd to cheer on their Association team the NETA Knights.

The ATL will then head to Broadview Tennis Club on Saturday night where the match of the South West Conference could be played with The Drive’s Thanasi Kokkinakis potentially up against regular top 100 player Matt Ebden when The Drive take on Mount Lawley.

On Sunday, Next Generation, Memorial Drive will host the final round of the ATL. The close nature of the men’s competition means Sunday matches could produce some interesting scenarios with all five teams still in contention for the men’s finals on December 5.

Also at Next Generation on Sunday the Junior ATL and Super 10’s finals will be played from 9am with presentations held at 12pm.