John Millman has continued his impressive resurgence following a long injury layoff with victory at the Latrobe City Traralgon ATP Challenger #2 at the weekend. 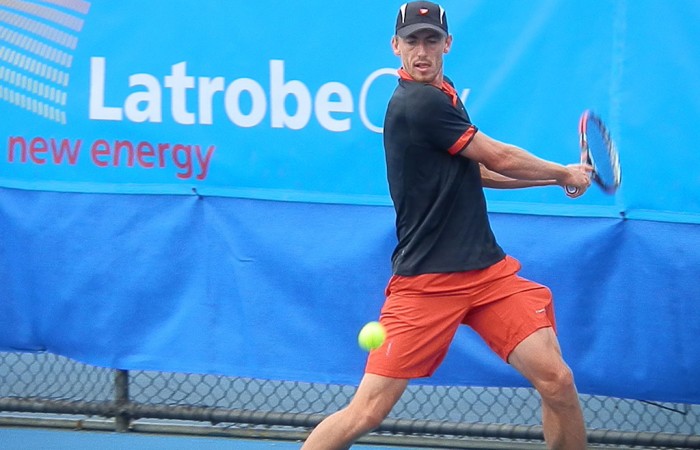 “It’s a big buzz to win a tournament at home and on Australian soil,” Millman – who did not drop a set all week – said after the final.

Millman also won a Futures event in Traralgon back in 2008, and said the town had always been a happy hunting ground for him.

“I’m very grateful to Traralgon for being such an advocate for tennis in Australia,” he added.

Despite being challenged in the first set, the unseeded Queenslander was relatively untroubled in the final, saving all three break points he faced and – despite only hitting a single ace – winning 75 per cent of his first serves.

“[Ward] came out swinging, and was playing pretty well,” Millman said. “But I managed to get a nice break at 5-4 and take that first set. That was important.

“I had a couple of tougher holds. It’s always nice to get through those ones, and then to get a break against the run of play.

“I was lucky to get an early break in the second as well and carry on the momentum from there.

Millman now has four ATP Challenger titles to his name, the last coming in Kyoto in 2013.

“I’m just super happy about it all,” he said.

The Traralgon title comes on the back of recent strong performances on the ATP Challenger Tour in the United States, where he made a final in Tiburon, a semifinal in Sacramento and a quarterfinal in Napa.

“I took a lot of confidence from when I was in America,” Millman said. “And I came close, so for me, it was important to win today.”

“It’s good to be playing at this level but still feeling like there’s room for improvement.”

The win will most likely take Millman back inside the world’s top 200, and a step closer to his career high ranking of World No.126.

He now has the opportunity to continue that rise when he competes over the next fortnight at the Yokohama and Toyota ATP Challengers.

“I love going to Japan, and I feel like I can keep this form going over there,” he said.

“I’m confident in my body that I have done enough to back it up [after winning Traraglon] and that’s the goal. To go into every tournament with the belief that I can win it.”