Bradley Klahn has won the first of two singles title on offer at the 2014 Latrobe Valley Traralgon Tennis International with a straight sets victory over his fellow American sparring partner, Jarmere Jenkins, 7-6(5) 6-1. 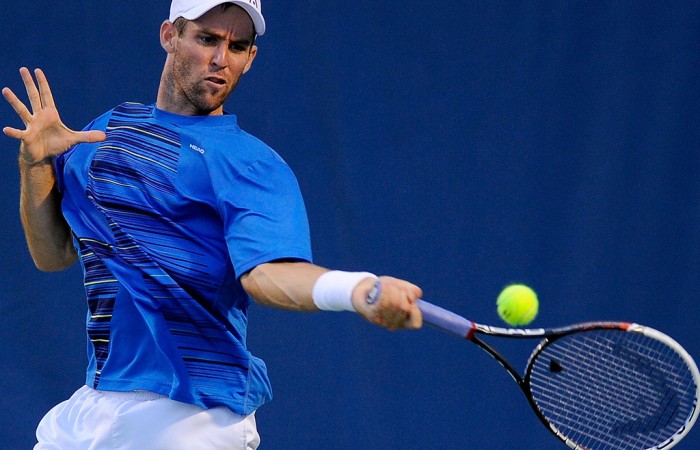 Bradley Klahn has won the first of two singles title on offer at the 2014 Latrobe Valley Traralgon Tennis International with a straight sets victory over his fellow American sparring partner, Jarmere Jenkins, 7-6(5) 6-1.

Klahn, the second seed and a runner-up in Traralgon last year, was quickest off the mark, breaking Jenkins early and rushing out to a 5-2 lead before Jenkins mounted a comeback to take the first set to a tiebreaker.

“I started off strongly and was in control,” Klahn said. “But he stepped up his game, took away my momentum, and had some chances in the tiebreaker.

“Squeaking out that tiebreaker was big for me.”

“I regrouped after that and was able to carry that on and play very solid,” he said.

After dropping the opening game of the second set, Klahn pulled away, winning six consecutive games and claiming victory in just over an hour.

“It’s nice to take it one step further and get the title this year,” he added.

Klahn said that his experience last year helped him deal with the difficult weather the players faced in Traralgon.

“I thought I handled the conditions well throughout the week. I gained a lot of confidence and improved a little bit each day,” he said.

Klahn was also full of praise for his unseeded opponent, who has had a remarkable run since arriving in Australia, pocketing titles in Cairns and Toowoomba.

“It’s great to meet in a final and not in a first or second round.”

Klahn now hopes to repeat the winning dose as he continues his stay in Traralgon and competes for a second title this week.

“I enjoy being here,” he said. “I feel very home at Australia.”