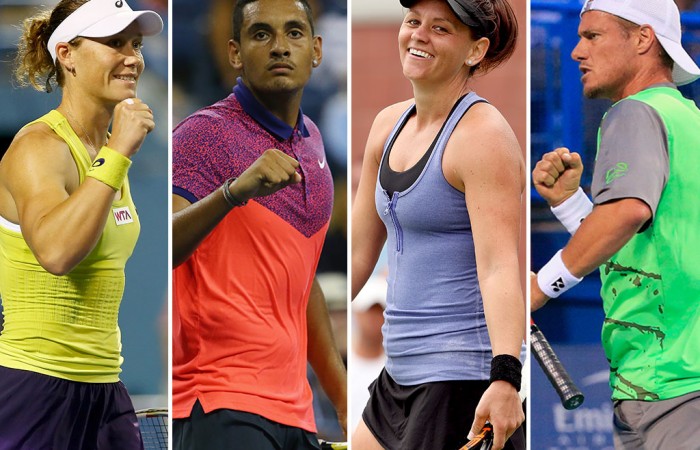 The highest honour in Australian tennis will be presented to the most outstanding player of the season at a special awards ceremony to be held in Melbourne on Monday 24 November.

Tennis Australia CEO Craig Tiley said the event would celebrate all levels of achievement within the tennis community.

“As well as recognising Australia’s most outstanding tennis player, the awards celebrate the exceptional accomplishments and contributions of tennis communities, coaches, clubs and schools around the country,” he said.

The 2014 finalists were today honoured to learn of their nomination for the sport’s top gong.

“It’s fantastic to be nominated for the Newcombe Medal again,” said Stosur.

“The Newcombe Medal is a great night to not only recognise the players’ results, but for the whole tennis family to come together.”

Said Hewitt: “It’s always a huge honour to be nominated for this award and to be recognised for the effort you put in all season. I was really proud to win the Newcombe Medal last year and it was a great moment to have Newk present the medal.

“Newk is someone I‘ve always looked up to, we shared a lot of great experiences when he was Davis Cup captain, including our win in 1999, and I’ve been fortunate to learn a lot from him and to consider him a friend and mentor throughout my career.”

“It’s a great honour to be nominated as one of the finalists for the Newcombe Medal,” Dellacqua said.

It’s always a great night with all the current and past Australian players together in one room, and I’m looking forward to getting to Melbourne next month. Since the award was introduced in 2010 it has been highly regarded by the Australian players, particularly since Newk was such an icon of the game.”

Said Kyrgios: “I’m really excited to be nominated for the Newcombe Medal, it’s been a huge year for me and this really caps it off.

“The previous winners, Sam and Lleyton, are stars of Australian tennis and it’s amazing to be in their company. I’m really proud of what I’ve been able to achieve this year and I’m already looking forward to 2015 and hopefully another big season ahead.”

The Newcombe Medal, Australian Tennis Awards will be held at Crown Palladium, Melbourne on Monday 24 November.