Victorian Government funds tennis for all

Victoria's tennis enthusiasts can look forward to playing more thanks to an announcement of funds to trial new gate access technology at tennis clubs across the state. 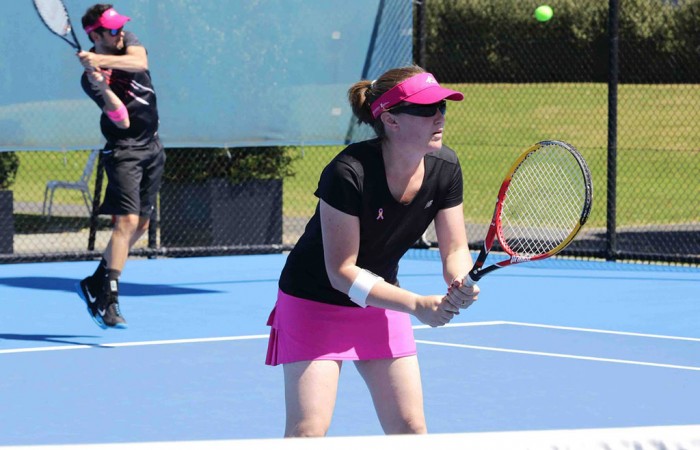 Mr Drum yesterday visited the Parkdale Tennis Club, one of up to 13 clubs who will pilot Tennis Victoria’s Opening Up Tennis Initiative that will give players of all ages and abilities the chance to access club courts and lighting for a hit day and night.

“The Victorian Coalition Government is committed to a more active Victoria and recognises that greater accessibility to sporting clubs is an untapped means of achieving this,” Mr Drum said.

“With the Australian Open not far away, there is interest from the general public in giving tennis a go, but making clubs like Parkdale accessible to those people at any given time is difficult and is a barrier to people getting involved.

“Opening Up Tennis is a simple on-line court booking system linked to a coded gate access, meaning anyone can go online and book a court and simply type in a code to get access to tennis facilities.

“Currently the public are dependent on turning up to a tennis court and hoping there are volunteers around who can let them in to access the facilities. This breaks down that barrier and gives certainty to those who might be taking up the sport.”

The system allows any person at any time who might want to give tennis a go but is not a member of a club the chance to search for their nearest club, book court time and head to the facilities armed with an access code, without having to rely on club volunteers to be there.

Mr Drum commended Tennis Victoria for working with clubs and councils to trial the initiative as part of its statewide Opening Up Tennis Initiative.

“It’s an innovative approach that looks at how our sporting facilities can be better used at all hours of the day, and at the same time allows more people to try a sport that they might fall in love with,” Mr Drum said.

“Parkdale Tennis Club will see many people walk through the gates who have never been there before. This is a great thing as they may well join the club and become the next batch of club stalwarts and volunteers that do so much for our sporting community.”

Mr Drum said the Victorian Government had provided $250,000 from the Community Sports Facility Program to trial the initiative across the state.

“Our investment in these projects is part of our plan to develop more sustainable and accessible local sports facilities,” Mr Drum said.

“Tennis is a great game for everybody, for life, and we want to make all tennis courts as accessible as possible,” Tennis Victoria CEO, Matthew Kennedy said.

“The support from the State Government to assist our innovative pilot project and make it simpler for the community to use tennis courts is highly valuable and greatly appreciated. We look forward to working closely with local councils and clubs.”

“Over the past four years the Victorian Government has invested more than $140 million across a range of programs in more than 850 community sports facility projects like these, resulting in over $598 million of new local sporting infrastructure for Victorians,” Mr Drum said.