Tennis courts open up in Victoria

Tennis courts across Victoria will become unlocked thanks to a new online booking service allowing players to access facilities conveniently and independently. 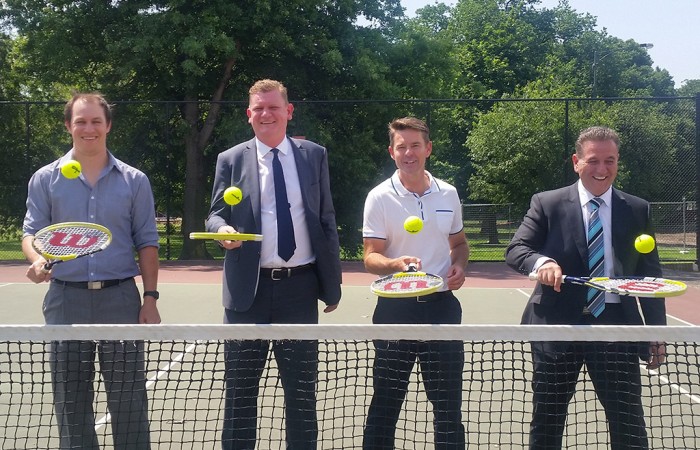 A new initiative designed to “open up” tennis courts across the state is set for expansion following a successful pilot program launched by the Victorian government, Tennis Australia and Tennis Victoria.

This innovation allows both club members and casual users to book their court conveniently online and independently manage the court facilities.

Tennis Australia invested $500,000 into the online booking software, with the Victorian government injecting $250,000 into the project managed and implemented by Tennis Victoria.

Fifteen tennis clubs across the state have since established online booking systems and court hardware.

“Tennis is a great way to keep fit and healthy and make new friends. ‘Opening Up Tennis’ means players can have a hit day and night, but not at the expense of our hard-working volunteers,” said Minister for Sport, John Eren.

Added Tennis Victoria Chief Executive Officer Matthew Kennedy: “This new initiative is a game changing move for tennis. When the Australian Open starts in 2016 we will have 25 tennis venues across Victoria participating in this hugely successful ‘Opening Up Tennis’ program, including five in the City of Melbourne and five in regional Victoria.

“It’s wonderful to see 10 more venues now able to benefit from this initiative, as we strive to make our sport even more accessible. This new program reinforces that the fence around a tennis court is to keep the balls in, not to keep the community out.”

“In the past, players had to write their name on photocopied booking sheets and then pick up a key to the courts from the local milk bar. Now, members and non-members alike can book online and have no problem getting into the courts.”

Online booking soon to be offered at …