The arena dubbed “The People’s Court” because of the avid supporters who flock there during the Australian Open will now be known as Melbourne Arena. 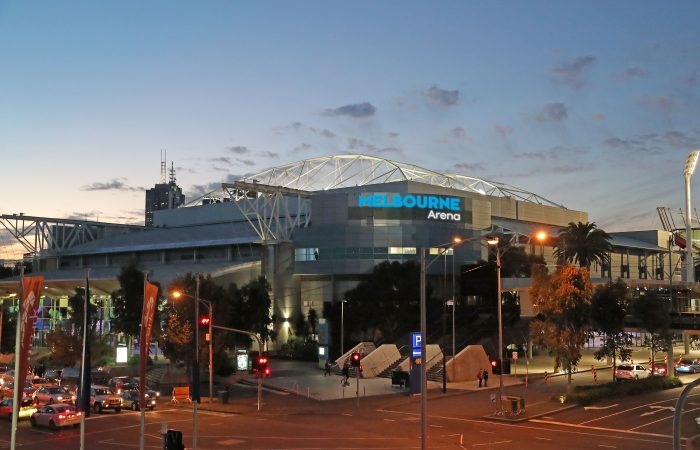 The arena dubbed “The People’s Court” because of the avid supporters who flock there during the Australian Open will now be known as Melbourne Arena.

Australian Open Tournament Director and Tennis Australia CEO Craig Tiley was joined by Victorian Minister for Tourism and Major Events John Eren along with a host of other sports leaders to unveil the new name.

“We know the world’s top players love coming to Melbourne and thrive on the atmosphere of this arena during the Australian Open. This is a testament to the fans who turn out every year to cheer on their heroes,” Tiley said.

“What a great way to pay homage to the Melbourne sports and entertainment fan – renowned globally for their knowledge and passion.”

The name change comes after Tennis Australia secured the naming rights to the venue, previously known as Hisense Arena, for the next five years.

“Since 2000 this fantastic venue has hosted headline acts from the Australian Open to The Killers. It’s fantastic to now see the sporting capital of Australia, Melbourne up in lights for the world to see,” Minister Eren said.

“We’re proud to work with our precinct partners like Tennis Australia to ensure Victoria’s major venues like Melbourne Park maintain their edge and continue to serve up the world’s best sport and entertainment.”

Tennis is not the only sport to see the benefit from the new name.