Aussies Bernard Tomic and Marinko Matosevic are among the entrants at this week's ATP Stockholm Open while Sam Groth and Ajla Tomljanovic contest the Kremlin Cup in Moscow. 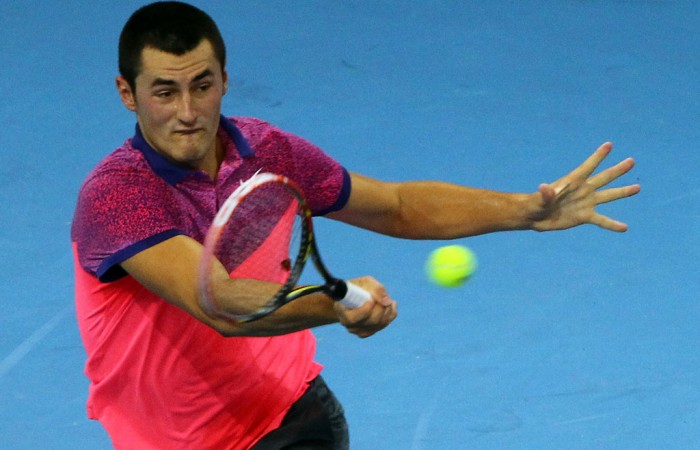 Australians Bernard Tomic and Marinko Matosevic are among the entrants at this week’s ATP If Stockholm Open in Sweden.

Over in Russia, their compatriot Sam Groth will contest the ATP Kremlin Cup in Moscow, while Ajla Tomljanovic is in the main draw of the women’s event.

Tomic and Matosevic has both landed in the bottom half of the Stockholm draw, which is headed by second seed and world No.10 Grigor Dimitrov.

Tomic has drawn Swedish wildcard Patrik Rosenholm in his opening match, with the winner to face No.3 seed Kevin Anderson in the second round.

Matosevic has been dealt a tough assignment in the form of seventh seed Fernando Verdasco.

Should they keep winning, Tomic and Matosevic could face off in the quarterfinals.

Groth, meanwhile, tackles Russian wildcard Andrey Rublev, the world’s No.1 junior player; if he progresses he would take on either No.5 seed Roberto Bautista Agut or another Russian in Andrey Kuznetsov.

Tomljanovic, fresh off her impressive quarterfinal run at the WTA Tianjin Open, will play Russia’s Alexandra Panova in the first round in Moscow, with the reward for the winner a second-round meeting with fourth seed Lucie Safarova.