Of its eight potential World Group first round opponents in 2015, Australia holds hosting rights against five of them in a boost to its Davis Cup hopes. 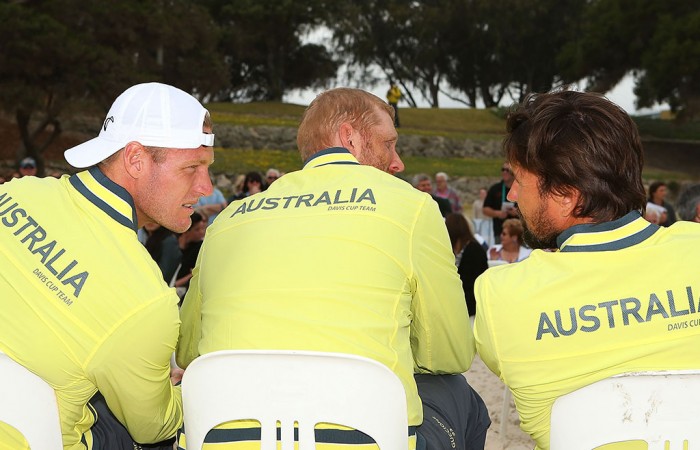 The release of the Davis Cup World Group seedings for 2015 has provided Australia with a look at its potential first-round opponent in next year’s competition.

Australia secured its place in the elite 16-nation group in 2015 after beating Uzbekistan in the World Group Play-offs at the weekend.

Below is a look at where Australia would contest its first round tie, depending on who it comes up against following Thursday’s draw:

A coin toss will decide the choice of ground between Australia and Canada.

The draw for the 2015 Davis Cup World Group will take place in Dubai on Friday 18 September at 1am (AEST).