While you were sleeping 29/8

Sam's out, Casey's into the second round and the doubles is heating up. 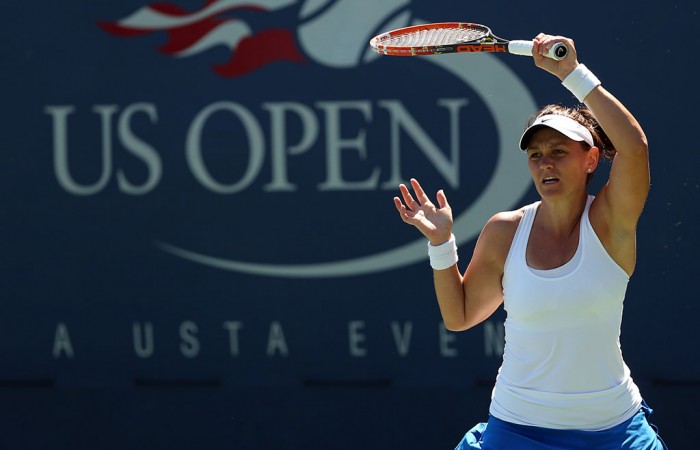 Sam Stosur is out in the second round, losing a heartbreaking third-set tiebreaker to unseeded Estonian Kaia Kanepi. Both players had match points in the tiebreak but it was Kanepi who got over the line 10-8.

Casey Dellacqua has fought back from a set down to keep her US Open live with a hard-earned win over China’s Qiang Wang.

At the time of writing, Nick Kyrgios and Andreas Seppi’s match was still in progress.

Women’s eighth seed Ana Ivanovic suffered a shock loss in the second round to Karolina Pliskova – bad for Ana but great for Dellacqua who was scheduled to meet the Serbian in the third round.

Matt Ebden has fallen in the second round, going down to 23rd seed Leonardo Mayer in straight sets.

Women’s ninth seeds Anastasia Rodionova and Alla Kudryavtseva are through to the second round after posting a solid win in their opening match.

Men’s doubles 15th seeds John Peers and Jamie Murray have been knocked out in three sets by unseeded duo Scott Lipsky and Rajeev Ram, while JP Smith and Austin Krajicek, and Rameez Junaid and Jesse Huta Galung were also defeated.

So far women’s top seed Serena Williams has been in a dominant mood, dropping just five games in her first two matches.

> Wozniacki gets her hair stuck in her racquet