UPDATE: Sam Stosur has fallen in heart-breaking circumstances at the US Open, going down in a third-set tiebreak to dangerous Estonian Kaia Kanepi in the second round. 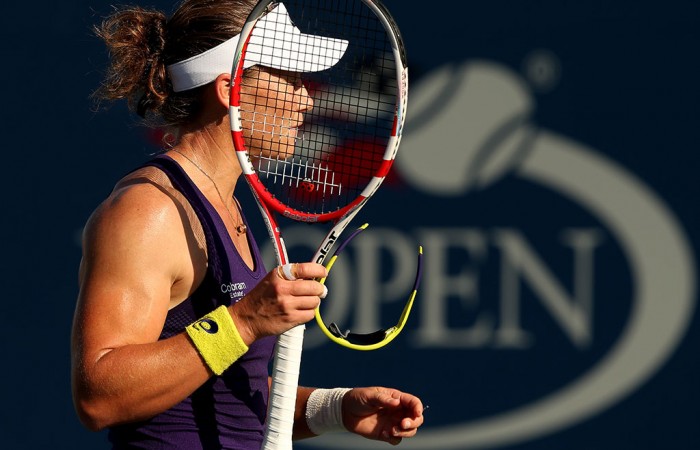 Sam Stosur admits she’s shell-shocked after suffering a shattering second-round defeat at the US Open in New York.

Four years after ambushing Stosur in the first round at Wimbledon, Kanepi opened old wounds with another upset win over the 2011 Open champion.

Stosur appeared in command but lost her way in the second set, falling behind 5-0, and, despite leading 4-1 in the third-set tiebreaker and then having match points, was never truly able to wrestle back control.

The Queenslander fell in the opening round last year at Flushing Meadows, falling to 17-year-old world No.296 Victoria Duval.

“It’s one of those matches where you walk off and think `what just happened?’

“I got off to a good start, really lost my way in the second set, but started to get it back. But in the third set, we’re both playing pretty decent at the same time and it becomes a real fight and to get to two match points and not win, it’s not easy to walk off court losing.”