While you were sleeping 28/8

Hewitt couldn't do it, 2013 US Open finalists Barty and Dellacqua stumble and more big names fall, see what else happened while you were sleeping. 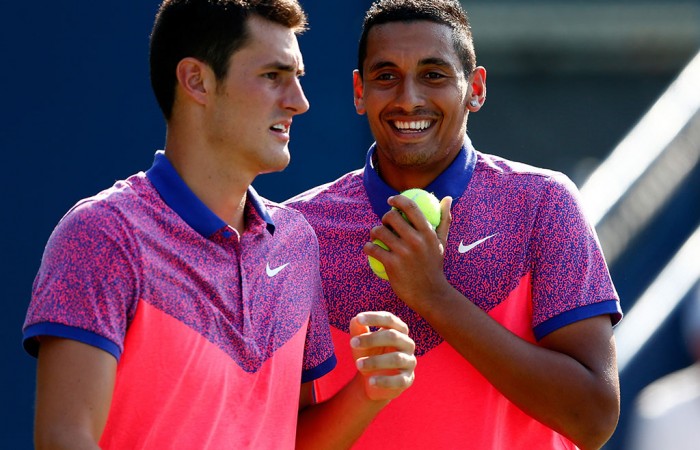 Lleyton Hewitt was the last of the Aussies to play his first-round match and unfortunately for the 2001 champ it was a straight-sets loss to sixth seed Tomas Berdych.

> Hewitt falls to Berdych at US Open

Anastasia Rodionova was still to play her second-round match against 13th seed Sara Errani at the time of writing.

Jarmila Gajdosova and Ajla Tomljanovic combined to defeat German duo Kristina Barrois and Annika Beck. Their reward? A potential match-up with top seeds Sara Errani and Roberta Vinci should they win their first-round match. Sam Groth and Chris Guccione combined to with a tight three-setter over Jonathan Marray and Gilles Muller. And, similar to Gajdosova and Tomljanovic, Groth and Guccione are likely to face second seeds Alexander Peya and Bruno Soares in the second round.

Unfortunately for 2013 doubles finalists Ash Barty and Casey Dellacqua they will not be able to go one better this year. The 10th seeds were ousted by Gabriela Dabrowski and Alicja Rosolska. Bernard Tomic and Nick Kyrgios, Matt Ebden and Ivo Karlovic, were also knocked out in the first round.

Upset of the day goes to Peng Shuai who stunned fourth seed Agnieszka Radwanska in straight sets. Radwanska’s untimely exit makes her the highest seed to exit so far. And not far behind is Sweden’s Johanna Larsson who came back from a set down to send 21st seed Sloane Stephens packing.