Hewitt falls to Berdych at US Open

Lleyton Hewitt has suffered a first-round US Open defeat to Tomas Berdych at Flushing Meadows' Arthur Ashe Stadium on Wednesday. 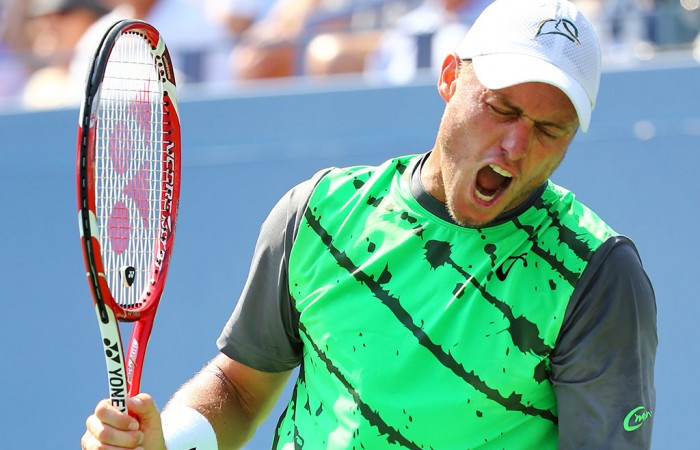 Lleyton Hewitt has suffered a first-round US Open defeat to Tomas Berdych at Flushing Meadows on Wednesday.

Powerhouse sixth seed Berdych had too many guns, ousting Hewitt in straight sets on the very court where it all began for Australia’s former world No.1.

Berdych’s 6-3 6-4 6-3 victory meant that the 33-year-old’s only Grand Slam match win this season came against world No.120 Michal Przysiezny at Wimbledon.

In addition to his early US Open exit, Hewitt also went out in the first round at Melbourne Park and Roland Garros.

It’s been 13 years since Hewitt dismantled the great Pete Sampras in straight sets at Arthur Ashe Stadium to land the first of his two major trophies and pave a path to the No.1 ranking he held for 80 weeks.

The now world No.41 also made the final in New York a decade ago, falling to career-long rival Roger Federer.

But the baseline warrior was no match for Berdych on Wednesday.

Berdych is certainly no slouch; he is a former Wimbledon runner-up, 2014 Australian Open semifinalist and two years ago destroyed Federer’s flawless record under lights at Flushing Meadows.

Hewitt, though, was left disappointed to have wasted a 4-1 second-set lead that allowed the sixth seed to take a stranglehold on the match.

“That was obviously my small chance out there, if I could have tried to keep that lead obviously,” he said.

Berdych won the opening set after claiming the only break in the fourth game.

Hewitt broke Berdych’s opening service game in the second set, released his first customary “come on” and fist pump and seemed to be on his way.

But from 4-1 up, he won just two more points on serve for the set. He was broken to love in the seventh game, then double-faulted on game point down in the ninth game and missed three break-point chances on Berdych’s serve in between.

“If I could have broken again and then given myself a chance to serve for the second set, at least put a more doubt in his mind,” Hewitt said.

The world No.7 took the second set with a booming forehand winner and closed out the match with another after two hours and 18 minutes to book a second-round date on Friday with Slovak Martin Klizan.