Aussies in action: US Open Day 1

Nick Kyrgios will lead the Aussie charge at the US Open on Day 1 when he takes on 21st seed Mikhail Youzhny. Matt Ebden and Anastasia Rodionova are also in action. 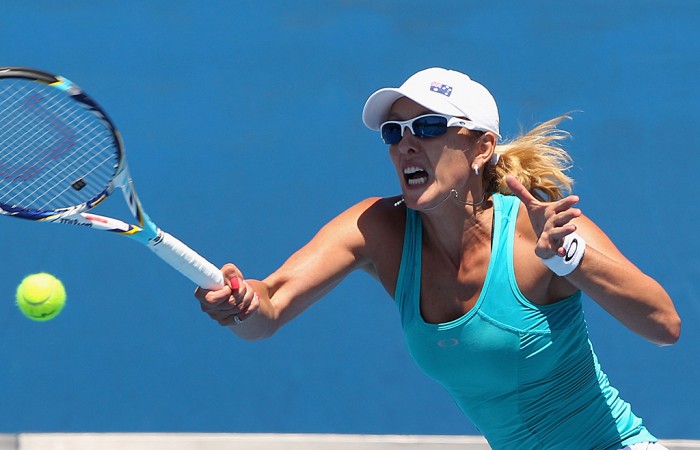 The Aussie teen who thrilled the world with his quarterfinal run at Wimbledon is back on the Grand Slam stage for the first time since that epic fortnight at the All England Club, and has been thrown in the deep end when he immediately faces a seed in the form of veteran Mikhail Youzhny. The Russian in a proven performer on the hard courts of Flushing Meadows, having reached the semifinals in 2006 and 2010 and the quarterfinals last year. Yet when he meets Kyrgios, he’ll be facing a player going in the completely opposite direction; while he’s 32 and enduring a lean season in which he’s gone 13-17, Kyrgios’ star is on the rise, with the 19-year-old the world’s newest member of the top 60 and continuing to soar. A lover of the big stage, Kyrgios will relish the show-court setting of this first-round stoush, and will enjoy the pace of the Flushing Meadows hard courts which should reward his booming serve and powerful forehand. This is the first meeting between the pair.

Ebden will be looking to reverse a form slump when he takes on world No.74 Tobias Kamke, a player who has progressed beyond the first round at Flushing Meadows just once in his career. Ranked No.61 as recently as late March, Ebden is now down to 95th, having won only six of 29 matches this season. But encouragingly, his best performances have come on North American hard courts in 2014; he snapped a five-match losing streak with a win in qualifying at Cincinnati, and reached the second round at the Sony Open in Miami where he pushed Andy Murray to three sets. The West Australian prefers quick surfaces and will aim to use his serve, forehand and movement to full advantage on the Flushing Meadows cement. This is Ebden’s first meeting with Kamke.

Rodionova comes into the match with good form under her belt after having won three matches to qualify for the main draw. Yet she comes up against a similarly well-grooved opponent; Giorgi upset Caroline Wozniacki and Garbine Muguruza en route to the semifinals at this week’s WTA event in New Haven. The diminutive Italian, aged 22, is a more dynamic, powerful player than Rodionova, but the Aussie’s advantage lies in her experience; in her 12 previous trips to New York, she has twice successfully qualified for the main draw and reached the third round in 2006 and 2009. Rodionova and Giorgi have never before met.