Harry Bourchier has gone down in the second round of the boys' singles event at the Youth Olympic Games in Nanjing, China, while Australia's mixed doubles pairings also lost. 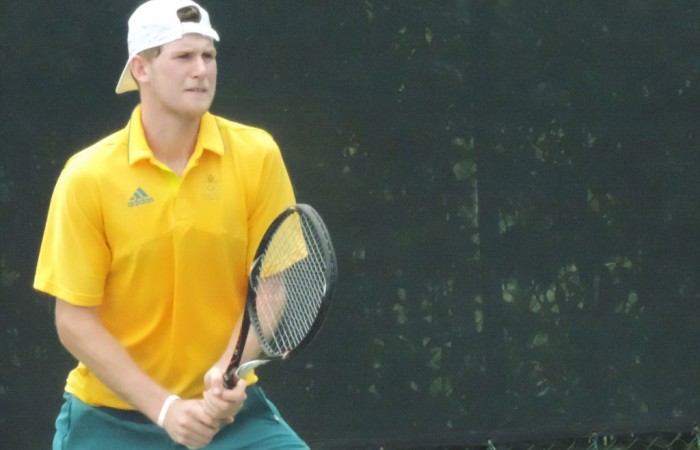 Harry Bourchier has gone down in the second round of the boys’ singles event at the Youth Olympic Games in Nanjing, China.

Bourchier fell 6-4 6-2 to third seed Karen Khachanov in just his second match back after an injury absence.

“I didn’t play my best at all today. It was my second match in a couple of months and I guess that’s just the reason why it didn’t go the way I wanted. Definitely in the first set I didn’t take my opportunities,” the Tasmanian assessed.

“I haven’t been playing 100 per cent and not enough matches under my belt. That’s why I’m getting broken so often at the moment. I played pretty good, served okay, I just didn’t really take my opportunities, I suppose.”

Bourchier later returned to court in the mixed doubles with Priscilla Hon and lost 6-3 6-4 to fifth seeds Jil Teichmann of Switzerland and Jan Zielinski of Poland.

“It was my first time playing mixed. Good experience. Good to play with Naiktha, a good friend. I really enjoyed myself out there although we lost, it was still good fun,” Polmans said.

“We were just unlucky but I had lots of fun,” Bains added.

“Hopefully we can do it again sometime. Singles tomorrow so hopefully I can get a run going.”

Bains takes on seventh seed Anhelina Kalinina of Ukraine in her second-round singles match on Wednesday.

Her run in the girls’ doubles event came to an end on Tuesday, however; she and Hon, the No.4 seeds, lost 7-6(3) 6-1 to American Sofia Kenin and Renata Zarazua of Mexico.