Sam Stosur looks set for her second duel with Serena Williams in as many weeks, while Casey Dellacqua opens her Cincinnati campaign against qualifier Pauline Parmentier. 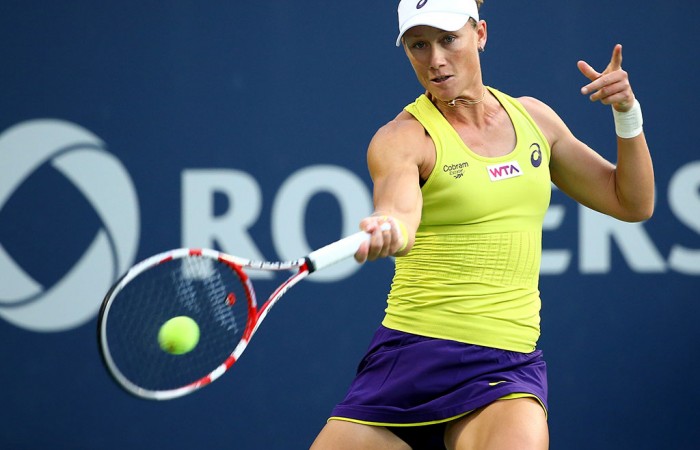 Sam Stosur’s draw at the WTA Western & Southern Open in Cincinnati has mirrored her draw at last week’s event in Montreal.

The Australian faces the prospect of a second-round meeting with world No.1 Serena Williams should she get past a qualifier in the opening round.

That qualifier is American Varvara Lepchenko, against whom Stosur owns a 2-1 head-to-head record.

Like this week in Cincinnati, Williams enjoyed a bye into the second round in Montreal, where she then crushed Stosur 6-0 6-2 in less than an hour.

Since losing to Stosur in the 2011 US Open final, Williams has not dropped a set against the Aussie in three subsequent meetings.

Another Aussie in the main draw in Cincinnati, Casey Dellacqua, opens against qualifier Pauline Parmentier of France.

The winner faces a likely battle against No.15 seed Carla Suarez Navarro, should the Spaniard get past this year’s Apia International Sydney champion Tsvetana Pironkova of Bulgaria.

Last week in Montreal, Dellacqua won her first round match against Kirsten Flipkens before falling to world No.4 and reigning Wimbledon champion Petra Kvitova.

Both Dellacqua and Stosur take to the hard courts of Cincinnati for their first round matches on Monday.