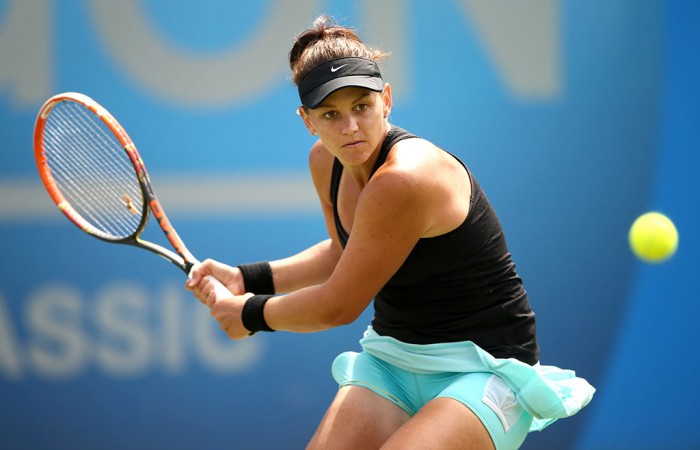 Australia’s top two ranked women Sam Stosur and Casey Dellacqua have each won their opening round matches on Tuesday at the WTA Rogers Cup in Montreal.

Stosur, ranked No.21, coasted past Puerto Rica’s Monica Puig 6-2 6-2 in just one hour and seven minutes to set up a second round clash with world No.1 Serena Williams.

It will be a rematch of the pair’s 2011 US Open final – in which Stosur was famously victorious – and also their final at the 2011 Rogers Cup, which Williams won.

The Queenslander’s triumph over Puig was her second straight in recent months; Stosur also blasted the youngster off the court in a 6-1 6-1 first round win at Roland Garros.

With her big game clicking off the ground, Stosur’s serve was also dominant, producing six aces and a first serve winning percentage of 80.

The win snapped a four-match losing streak for the former world No.4.

Her win sets up a second-round clash with No.2 seed and reigning Wimbledon champion Petra Kvitova, who like Williams received a bye into the last 32.

Dellacqua has now beaten Flipkens three times in 2014; she was also victorious over the Belgian at the Australian Open and at Indian Wells.

The West Australian has never before faced Kvitova.