The new-look home of Tennis ACT is set to contribute millions of dollars in economic benefit to the Territory when it hosts an impressive line-up of major events from January, placing Canberra in the box seat to bid for future Davis Cup and Fed Cup ties. 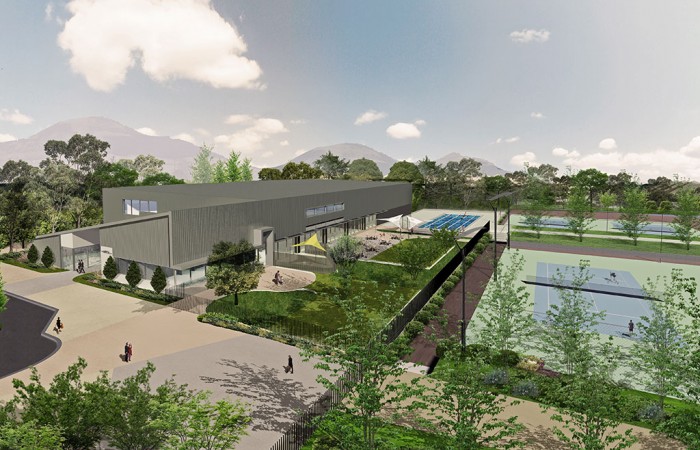 The new-look home of Tennis ACT is set to contribute millions of dollars in economic benefit to the Territory, with an exciting three-year events program announced for the venue today.

The all-new tennis hub is set to host an impressive line-up of major events when it opens its doors in January, and places Canberra in the box seat to bid for future Davis Cup and Fed Cup ties.

Headlining the bill will be a $50,000 ATP Challenger event for men and a $50,000 ITF event for women, as well as Australian Money Tournaments and premier junior events.

The ATP Challenger and ITF tournaments will be two of the country’s highest-level professional tennis events outside the Australian Open and Australian Open Series, and link in with the Asian swing of the Australian Pro Tour circuit and the start of the domestic summer of tennis.

Tennis ACT CEO Ross Triffitt said the redevelopment would change the face of tennis in the Territory.

“We’re very grateful to the ACT Government and Tennis Australia for supporting this project and look forward to seeing the new tennis centre continue to take shape over the coming months,” he said.

“This redevelopment will position the centre as one of the premier tennis venues in the country, capable of hosting top-level events and helping to drive participation in the sport.”

Triffitt was today joined by Australian tennis legends Todd Woodbridge and Wally Masur, as well as Deputy Chief Minister Andrew Barr and Minister for Sport and Recreation Shane Rattenbury on a tour of the tennis facilities taking shape.

Mr Rattenbury said the redevelopment would provide a major boost to the community.

“The new tennis facilities will add more courts, improve playing surfaces and lighting, and deliver a central amenities pavilion as well as a new four-court indoor facility as part of the $7.15 million redevelopment,” he said.

“This facility will be the hub of tennis in the ACT and provide some wonderful event opportunities for the region, particularly with the 12 refurbished clay courts.

“When completed, these tennis facilities will provide a state-of-the-art destination for the community to enjoy and a great venue for a range of local, state and national events. You never know, this might be where we discover the next Wally Masur or even the next Nick Kyrgios.”

An additional $3 million in Stage 2 funding was announced in the recent ACT Government budget, which will fund vital aspects of the project and allow works to run alongside Stage 1 of the project, providing a significant windfall in construction costs and minimising disruption to the site.

The former National Sports Club courts launched the career of Wimbledon quarterfinalist and world No.69 Nick Kyrgios (19, ACT), who continues to use the venue as his training base when at home in Canberra.

The redevelopment forms part of the all-new Next Generation Canberra, which will house indoor and outdoor swimming pools, relaxation areas, squash courts, a cafe, bar, bistro and lounge, and a 1500 square metre gym and exercise studios. The complex is expected to open midway through next year.