Not long after helping Australia to the Junior Fed Cup final, 16-year-old Naiktha Bains is readying herself for another prestigious event representing her country at the Nanjing 2014 Youth Olympic Games. 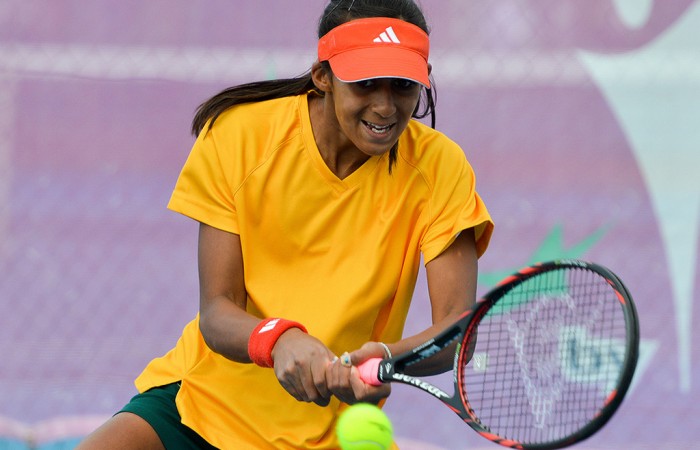 Less than a year after helping Australia to a runner-up finish at the Junior Fed Cup by BNP Paribas Finals, 16-year-old Naiktha Bains is readying herself to take part in another prestigious event for her country at the Nanjing 2014 Youth Olympic Games.

The Australian, who was born in Leeds, England is one of four Australian juniors competing in the tennis event in Nanjing on 17-24 August, along with Priscilla Hon and boys’ entrants Harry Bourchier and Marc Polmans.

Last September, Bains teamed with Hon to reach the final of the Junior Fed Cup event in San Luis Potosi, Mexico, where they were narrowly beaten to the title by Russia. With positive memories of representing Australia in international junior team competition already in the bag, Bains has reason to be excited by the prospect of the Youth Olympic Games.

“It’s going to be fun,” said Bains of Nanjing 2014. “It’s something different. We don’t often get to take part in the Olympics – it only comes around every four years.

“I’ve played Junior Fed Cup and World Junior Tennis so I’ve done a team event before, but this is the Olympics, the Youth Olympics, so it’s going to be exciting.”

Read the full feature at nanjing.itftennis.com.