UPDATE: James Duckworth claimed the biggest title of his career with victory at the ATP Lexington Challenger, while there were also wins for Jason Kubler and Sara Tomic. James Duckworth has claimed the biggest title of his career with victory at the ATP Challenger event in Lexington, Kentucky.

The victory was especially sweet given Ward had defeated Duckworth in the very same final 12 months ago.

Duckworth’s reward was a wildcard into the main draw of the ATP 500 event in Washington DC this week.

Throughout his week in Kentucky, Duckworth dropped just one set en route to the title, in the first round against American wildcard Eric Quigley.

Once he survived that scrape he thrived, ousting fellow Aussies Jordan Thompson and Thanasi Kokkinakis in the second round and semifinals respectively before subduing Ward.

Currently ranked 164th, Duckworth is poised to near – or perhaps even better – his career-high ranking of No.132, set in November 2013.

The 21-year-old Queenslander captured his third Futures title of the season with a 6-1 5-7 6-3 win over Italy’s Daniele Giorgini in the final.

Back on Australian soil, Sara Tomic won the ITF junior title in Kawana, Queensland at the weekend.

Earlier in the week at the ITF junior Grade 4 event, top-seeded Tomic had steamrolled her way to the final, eliminating four opponents for a combined loss of just 12 games.

It is the first ITF junior title of Tomic’s career. 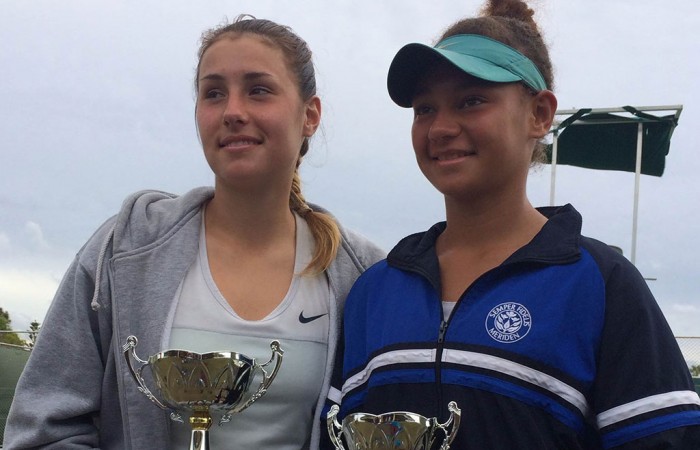