Tomic through to Bogota quarters

Bernard Tomic has progressed to the quarterfinals of the Claro Open Colombia with an upset victory over fifth seed Alejandro Falla. 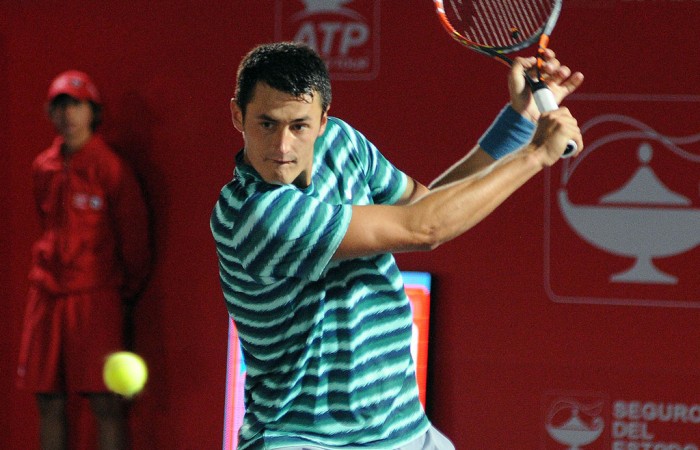 Bernard Tomic has progressed to the quarterfinals of the Claro Open Colombia with an upset victory over fifth seed Alejandro Falla.

Tomic beat the local hope 6-1 7-6(2) to advance to a last-eight meeting with No.3 seed Vasek Pospisil.

The Queenslander led 6-1 3-1 and did well to subdue the fast-finishing Colombian, sealing victory in 90 minutes.

It is the first time since January since Tomic has won back-to-back matches or reached a tournament quarterfinal; he last achieved both of those feats during his run to the final at the Apia International Sydney.

Since that result his season has been plagued by an injury necessitating double hip surgery.

Having shown signs of a return to form during the grasscourt season, Tomic has continued that on the hard courts of Bogota, winning both of his matches this week in straight sets.

Fellow Australian Matt Ebden was also in action on Wednesday, yet was forced to withdraw from his first round match due to a wrist injury.