With just 50 days to go until the second Summer Youth Olympic Games (YOG) take place in Nanjing, China, four talented athletes have now been selected to represent Australia in Tennis. 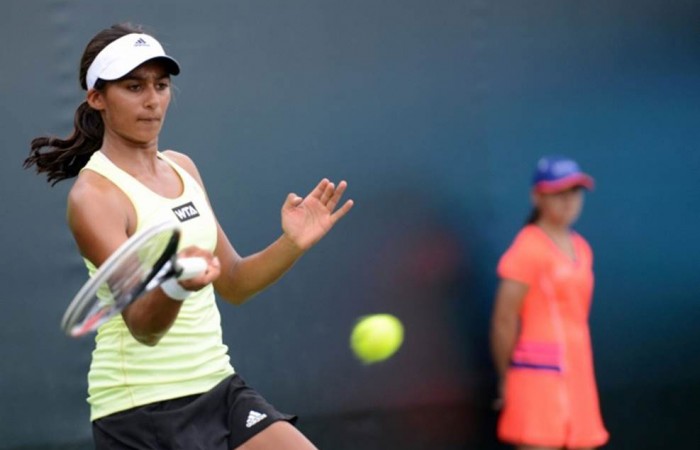 With just 50 days to go until the second Summer Youth Olympic Games (YOG) take place in Nanjing, China, four talented athletes have now been selected to represent Australia in Tennis.

Junior world No.16 Priscilla Hon, Naiktha Bains (21), Harry Bourchier (36) and Marc Polmans (39) will join 85 of Australia’s best young athletes when they head to China in August, hoping to bring home the gold at the YOG.

“My family, friends and the people who work with me are all very excited. I’m really looking forward to it,” Bains said.

Just like many of the athletes competing at the YOG, Bains started young and learned quickly. She began playing tennis at the age of six and began taking classes and playing with friends, but her coach soon realised her talent.

“The coach progressed me through the levels pretty quickly. I was sad to leave my friends but I started to really enjoy the tennis so I moved up,” she said.

At the age of seven she entered and won the UK Ariel Tennis Ace talent search, giving her the opportunity to have a hit with tennis icon Boris Becker at Wimbledon in 2005.

At just 16 years of age, Bains has already represented Australia at Junior Fed Cup and contested qualifying rounds of WTA tournaments in Miami and Hobart. Just a few weeks ago she was a finalist at the ITF Junior Grade A tournament in Milan, Italy, before qualifying for the French Open Junior Championships.

Despite her vast achievements, the YOG presents itself as something of a highlight for the youngster.

“China is one of the few countries I haven’t been to yet. The facilities are supposed to be very nice so it will be good to compete there,” the Queensland said.

“It will also be so cool seeing all the other sports in action and meeting other athletes competing in different sports.”

Joining Bains on the Australian Youth Team is Marc Polmans, a 17-year-old Victorian who wasted no time getting into tennis and has continued to show his immense skill.

“My parents took me to the local tennis court on a Saturday morning when I was 4 and it just grew from there,” Polmans said, who is coached by former Davis Cup player, Wayne Arthurs

At just 16, Polmans won his a first ATP Challenger match and earlier this month during a trip to Offenbach, Germany, he won his first ITF Junior Grade 1 doubles title.

“Maintaining a mid 35 ITF Junior ranking this year has not been easy,” the young star said.

Moving on from his success in Germany, Polmans is expected to compete at the Wimbledon Junior Championships starting this weekend before looking to the YOG, where he anticipates some stiff competition.

“There is a lot of depth in the boys’ field, so the matches are 50/50 from round one at the big tournaments,” he said.

“This is my first trip to China but I always enjoy representing my country as best I can.”

Following the selection of the tennis, the Australian Youth Team is on track to send 89 athletes from 23 different sports to the YOG, with Chef de Mission Susie O’Neill leading the way.

The second Summer Youth Olympic Games commence in Nanjing, China on Saturday 16 August and run for 12 days. Tennis will take place on days 1-8 at the Nanjing Sports Institute.