Matt Ebden, currently ranked 86th, wouldn't even consider it a boilover if he managed to topple world No.9 Milos Raonic in the first round at Wimbledon. 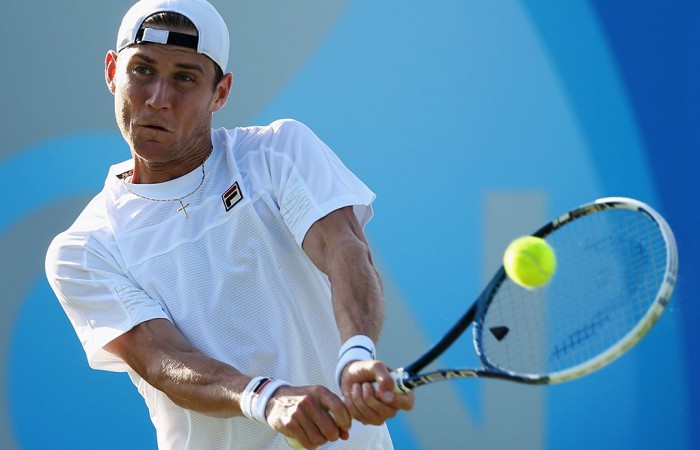 So much so the 86th-ranked Australian wouldn’t even consider it a boilover if he managed to topple world No.9 Milos Raonic in the first round at Wimbledon.

“Call it an upset if you will but I don’t really see it that way,” Ebden said ahead of his first-round match against the Canadian on Tuesday.

“Of course there’s numbers and rankings but out here, for everyone that comes on the court, it’s one-on-one.

“If you don’t really have that mentality, you’re probably going to lose.”

Ebden, 26, hasn’t been past the first round in two attempts at the All England Club and has won only three of 17 matches on tour this year.

However he says the difference between winning and losing has just been a handful of points in most of his matches.

Ebden took a set off Raonic in their only previous meeting, on grass in Newport in 2012.

The Canadian appears least comfortable on grass and Ebden believes many of the tournament’s top seeds will be vulnerable in the early rounds.

“We’ve seen, probably moreso this year, anything is possible and almost anyone can beat anyone on the day,” Ebden said.

“It’s just about identifying those key areas for me personally and putting the rest of it together because I’ve been playing some very high-level tennis.”