Lleyton Hewitt's 60th Grand Slam appearance has been kept brief by Argentine Carlos Berlocq, while Bernard Tomic also lost in the opening round of the French Open on Tuesday. 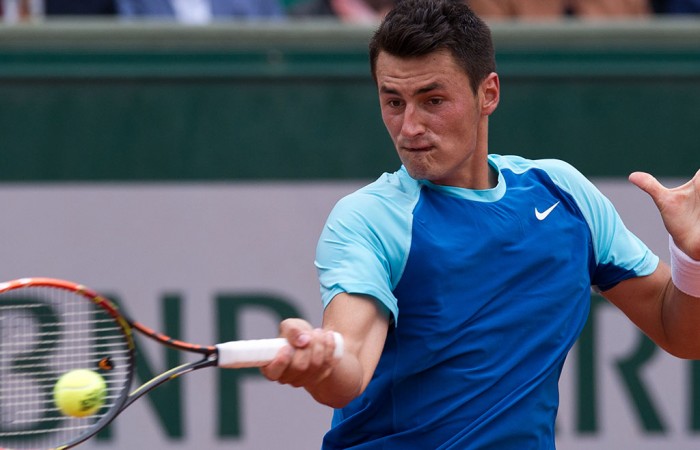 Lleyton Hewitt’s 60th Grand Slam appearance has been kept brief after Argentine Carlos Berlocq defeated him in the first round of the French Open.

Hewitt started strongly and took the first set before unseeded Berlocq fought back to win 3-6 6-2 6-1 6-4 at Roland Garros on Tuesday.

Hewitt, 33, remains winless at the clay court major since 2010 and he’ll now turn his attention to Wimbledon next month.

The grass court season was always Hewitt’s main priority but after arriving in Paris fully fit for the first time in several years, he had been optimistic about his campaign.

“It was always going to be a tough match and I was going to have to go out there and try and be aggressive,” Hewitt said.

“I was going to make some errors out there, but I still feel like that was my best shot at winning.”

While ideally he would have liked more time on court this week, Hewitt feels his game is in good shape heading onto grass.

“I was pretty happy with how I hit the ball,” he said.

“It’s obviously disappointing right now but, you know, there are positives. My body feels good and I played over three hours and I feel like I could keep playing.”

Hewitt fought back from 3-1 down to take a 4-3 lead in the fourth set but Berlocq broke again and closed out the match with a sublime drop shot on his third match point.

Tomic, who had double-hip surgery in February following the Australian Open, Tomic, hit 36 unforced errors in an erratic display.

After trailing 2-0 early, Tomic looked up for the battle and fought back to 2-2. However, from there he lost 11 straight games as Gasquet raced to a two-set lead.

To Tomic’s credit, he didn’t completely fade away in the final set, but he never really looked like making a match of it.

The 21-year-old’s ranking has slipped to 80 in the world, having won just one match since his surgery and it’s expected it will take some time for him to regain his full strength and range of movement.