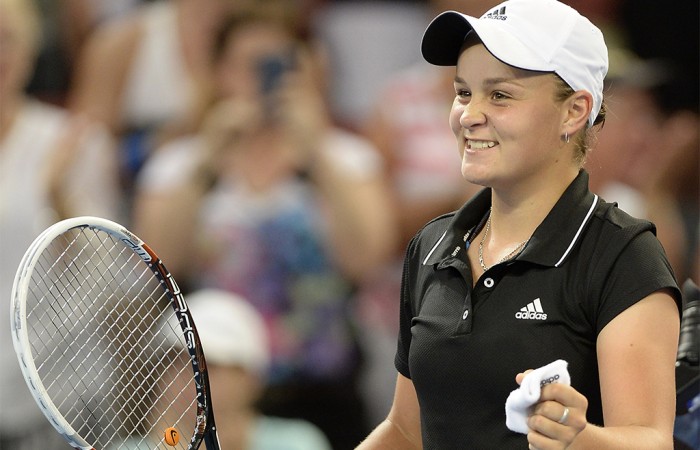 Ash Barty’s coach is adamant the Australian teenager won’t be overawed by the occasion of facing French darling Alize Cornet in front of a parochial Roland Garros crowd.

It shapes as one of the biggest matches of 18-year-old Barty’s career but her coach Jason Stoltenberg feels it’s winnable.

“Alize will be up for this one clearly and playing at home the French tend to play pretty well,” Stoltenberg told AAP.

“But we’re certainly not going into the match thinking ‘we can’t win this one’ because it’s not the case at all.

“It’s tough of course, and there are others you might have preferred to have drawn, but it’s not that big a difference where it’s like playing Serena (Williams) at the Australian Open or something like that.

“I think Ash can go in there and play well and she’s got every chance.”

Barty has a 15-6 win-loss record this season but, with many of those wins coming in qualifiers, she hasn’t been able to make a significant dent in her ranking of 182.

Barty is already competing in her eighth Grand Slam main draw and Stoltenberg is confident that will hold her in good stead on Court Philippe Chatrier.

“She’s been around long enough now to go into a match like that and feel like she’s got to be some kind of a chance,” he said.

“She’s young, she’s just got to go out and just let it go and anything can happen, it really can.”

Australia’s No.1 Sam Stosur also begins her tournament on Monday against in-form Puerto Rican Monica Puig, who claimed her first WTA title on Saturday at the claycourt event in Strasbourg.

Stosur, the 19th seed, has reached the last four at Roland Garros three times before but she hasn’t been past the third round at a major since 2012.