Gadecki on her way to Paris

The future is looking bright for rising star Olivia Gadecki after being selected to represent her country to play in the Longines Future Tennis Aces tournament in Paris. 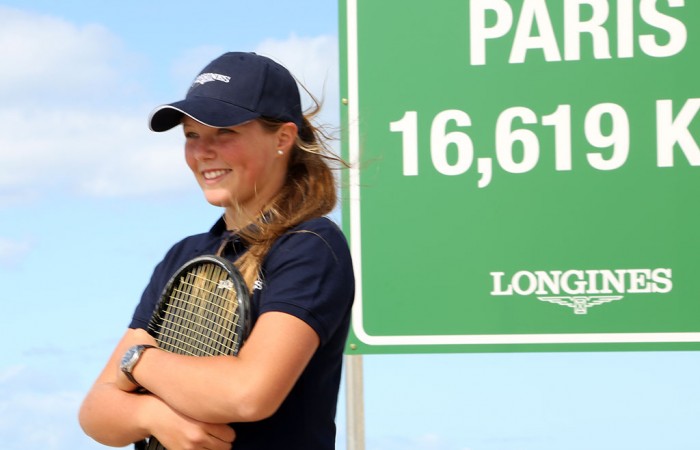 The future is looking bright for rising star Olivia Gadecki after being selected to represent her country to play in the Longines Future Tennis Aces tournament in Paris.

Olivia, 11, hails from sunny Hollywell on Queensland’s Gold Coast, and recently participated in a practice match with Australian tennis legend, Todd Woodbridge, on the iconic Broadbeach as a prelude to the tournament.

The young Queenslander was selected to participate in the tournament by a Tennis Australia panel, based on her national ranking and recent performances. She is currently the highest ranked player in her age group (born 2002) in Australia.

Olivia said she has always dreamed of playing at Roland Garros. “I’m really excited about this opportunity to represent Australia. I can’t wait to show the world what I’ve got in Paris,” she said.

“The French Open is one of my favourite tournaments, and I can’t wait to play underneath the Eiffel Tower!”

“Olivia is an exciting young talent and the opportunity to compete at the Longines Future Tennis Aces event will provide her with valuable international experience. The Longines tournament attracts some of the best young players from around the world and is a great opportunity for Olivia to continue her development. We look forward to supporting Olivia on court in Paris and hope she can emulate Destanee Aiava’s success in 2012.”

“Olivia is a fantastic young tennis player with a long future ahead and we wish her all the best. I’m sure this won’t be the last we see of her in Australian colours.”

The Longines Future Tennis Aces tournament gives 16 young children between 10-12 years of age the opportunity to showcase their ability in an international tournament and practice performing at their best on the world stage.

Olivia will be joined by 15 other young talents to compete over two days of tournament to qualify for the final on Saturday 31 May.

In the days prior to the tournament, Olivia will take part in the Longines Academy, a training camp that will allow the young players to receive invaluable advice and a coaching session from former world number 7, Marion Bartoli.

The 2014 exhibition will be played in front of the iconic Eiffel Tower and showcase tomorrow’s champions today.