Sam Stosur and Casey Dellacqua have continued their good form on clay with first round victories at the Internazionali BNL d'Italia in Rome. 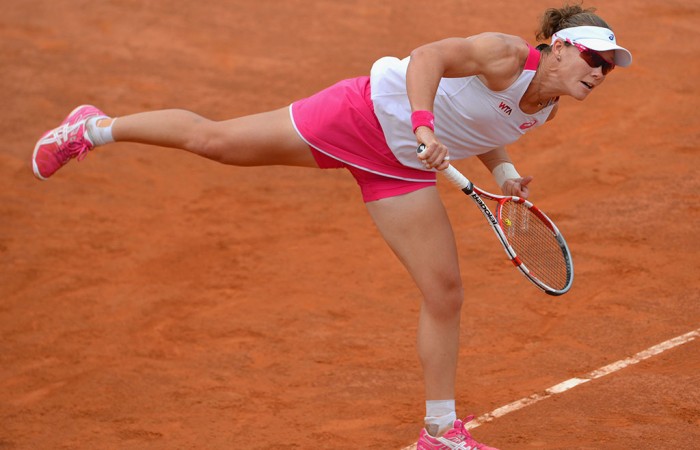 Sam Stosur has continued her return to form on the red clay of Europe with a resounding 6-3 6-3 victory over 15th seed Sabine Lisicki at the Internazionali BNL d’Italia in Rome.

She was joined in the second round by fellow Aussie Casey Dellacqua, who recovered to beat Slovak Magdalena Rybarikova 4-6 6-1 6-4.

After a solid showing in Madrid last week, Stosur played an exemplary match at the Foro Italico against Lisicki, limiting her unforced errors to just 14.

The victory, which came in one hour and 18 minutes, saw her exact revenge on the German for her three-set defeat in their last meeting at Wimbledon 2013.

It sets up a second round meeting with Russia’s Elena Vesnina.

Dellacqua, meanwhile, took her winning streak to three after closing out Rybarikova in a tense first round meeting.

The West Australian had come through qualifying at the weekend in Rome and despite dropping the opening set, tapped into her reserves of confidence to run out a winner in just over two hours.

Her road gets much trickier from here; next up for Dellacqua is second seed Li Na.

Should she and Stosur win their second round matches, they would face each other in the last 16.